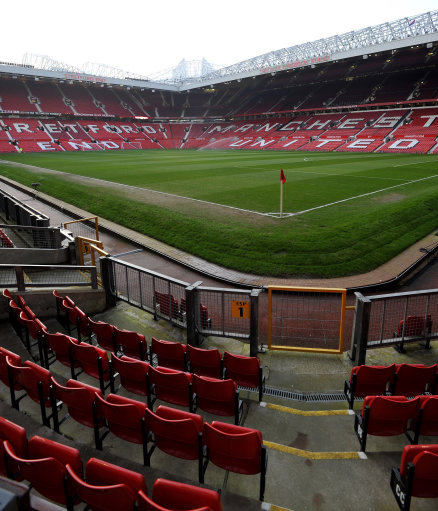 The hour is nearly upon when the game “the world world will stop to watch” (© Jose Mourinho) kicks off at Old Trafford, with Real Madrid circus rolling into town for the second leg of the Champions League last 16 tie against Manchester United.

With the first leg finishing 1-1 at the Bernabeu a fortnight ago, the second is truly poised uponst the edge of something fantastically sharp – say…a knife or something like that, United with the away goal and all.

While we’re on the subject, here are Pies’ Top 10 Conclusions from the first leg should you fancy another butcher’s.

Of course there are many intriguing subplots to tantalise and tease (Sir Alex vs Mourinho for one) but the headlines are Cristiano Ronaldo’s to make on his return to his former stomping ground, with all and sundry pontificating on just how United are going to stop him from running wild on their asses.

With “Operation: Phil Jones Gurn Blitz” off the cards due to injury, Ferguson himself has suggested that he’s planning to nix his former protege with either A: a machete, or B: a machine gun, which probably tells you all you need to know about just how worried about Ronaldo’s “maximum attack” mode coming back to haunt him – and that’s on top of Madrid’s already strong suit.

Ronaldo will undoubtedly be singled out and man-marked to the hilt, but it’s still hard to see him not scoring, no? At the other end, United have a fairly formidable attacking stable of their own, so a clean slate is probably not a-transpirin’ here.

As with the first leg, we see Madrid dominating with United soaking up pressure and possession for long spells after coming out of the blocks flying – perhaps nabbing an early goal.

Anyway, that’s enough spiel. Let’s get down to the mucky business of predictions.