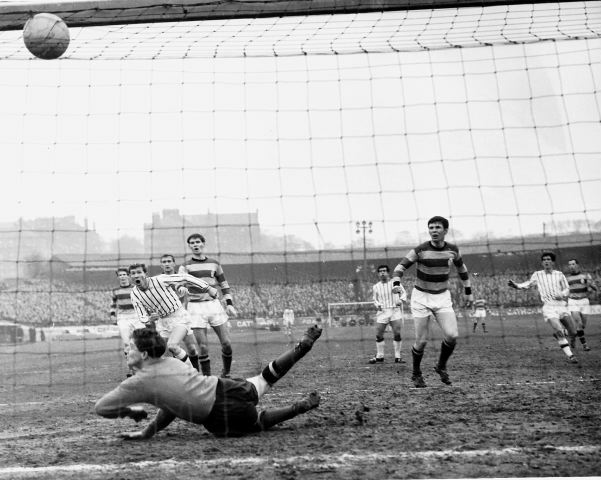 With the club pretty much penniless and without a suitable vessel to urinate in to, Sir Alex Ferguson has offered his services to former club Dunfermline Athletic, who were relegated from the SPL last season (and subsequently had to sell off 22 first team players to balance the books), in a bid to help raise some much needed cash as an HMRC winding-up order looms large on the horizon.

Around about 600 Dunfermline fans who had gathered for crisis talks were told by official supporter-club conduit Jim Leishman that Sir Alex Ferguson had offered to help out by way of sending a Manchester United XI team up to play in a fund-raising friendly match at East End Park.

Leishman, who serves as the head of the group responsible for bringing fans, local business and the existing Pars board together, told BBC Sport: “Fergie is a very busy man but he is a true fan. height: We’ve to go and speak to him to see if he can come up with something.”

Leishman also thanked Pars’ local rivals, Raith Rovers and Cowdenbeath, who have agreed to donate significant portions of the gate receipts to Dunfermline when the teams meet as a gesture of sporting good will.

Apparently, Dunfermline “only” have to raise £134,000 to cancel their debt to Inland Revenue, which is another choice example of an entire football club going to the wall for the same money that you’re average Premier League star spends on hair cuts, tattoos and trainers every week.