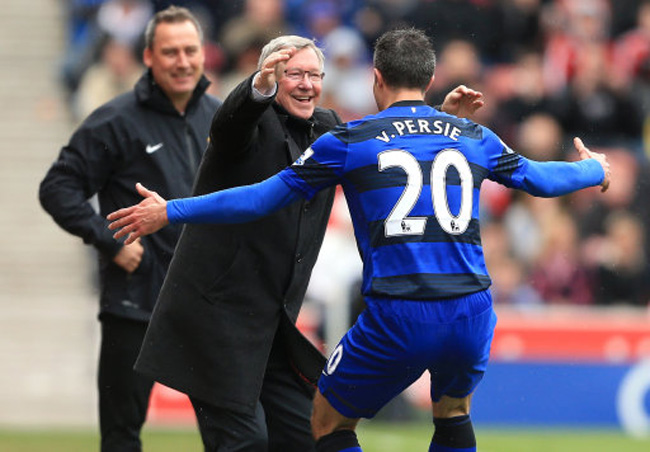 Man Utd strolled to closer to lifting the 2012/13 Premier League after a comfortable 2-0 win at the Britannia, a result which leaves Stoke in serious trouble.

Michael Carrick prodded home the opener on four minutes after a corner while Robin Van Persie ended his goal-drought, courtesy of a spot-kick, on 66 minutes as the visitors dominated against a Sotke side bereft of confidence.

Tony Pulis’ side have now won just two of their last 17 league games, a run of form which leaves them just three points above the drop-zone. United, on the other hand, are now just seven points away from title glory.