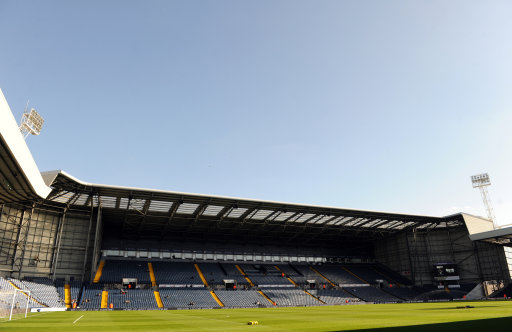 What with their side playing Manchester United at The Hawthorns on the final day of the season, a smattering of “entrepreneurial” West Brom fans are taking the opportunity to cash in on Sir Alex Ferguson’s final farewell game (his 1,500th in charge) by flogging their tickets to United supporters for several times the face value.

While the away seats are near enough sold out, understandably there are still many United fans desperate to attend and wave Sir Alex off into retirement. Thankfully, a few kind-hearted Baggies supporters are willing to let their £40 tickets go…for up to £5,000!

Many tickets are changing hands for prices around the £600 mark, but several websites – including Viagogo – are allowing West Brom fans to list their tickets for upwards of a few grand.

Alan Cleverly, secretary of the West Brom Supporters Association, is unimpressed with his fellow Baggies:

“A true West Brom fan wouldn’t sell a ticket. I have heard £600 quoted but there is lots of talk about tickets going for even more. Depending on what part of the stadium you are in, the tickets are only worth £30 or £40.

“From a personal point of view, they can’t offer me enough money to sell my seat. Yes, £600 or more is tempting but a true West Brom fan wouldn’t sell.”

We beg to differ Alan. It’s a simple question of supply and demand. If there are United fans out there silly enough to spaff thousands just to applaud an old man down the tunnel then so be it.

With the money raised on the back of some dumb United fans’ competitive sentimentally, a West Brom fan could renew his season ticket next season and still have a bit left over for a nice bit of Groaty pudding.