The clever Irish chaps at Balls.ie have found quite a superb visual encapsulation of the hatred some people have for the mighty Manchester United.

This particular ABU, one George Atkinson, made sure that his gravestone would let the world know how much he despised the Red Devils, courtesy of a cheeky “I would rather be here than at Old Trafford” quote. The man died in 2005 but his hatred for United lives on.

I imagine, considering he was presumably Irish and of a certain age, that he was either a Liverpool or Leeds fan. Although obviously he could have been a Man City supporter… 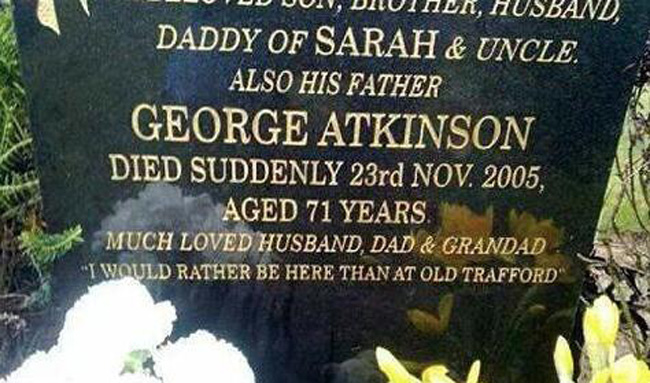