While the transfer was hardly a closely guarded secret, it would appear that Juan Mata has inadvertently confirmed that Manchester United’s midfield jelly baby Anderson has sealed a move back to Brazil with Internacional before any official word from either club.

Writing on his personal blog this morning, Mata wished Anderson well with his return to his native land (after seven-and-a-half-years at Old Trafford) before the club had the chance to officially announce the joyous news themselves… 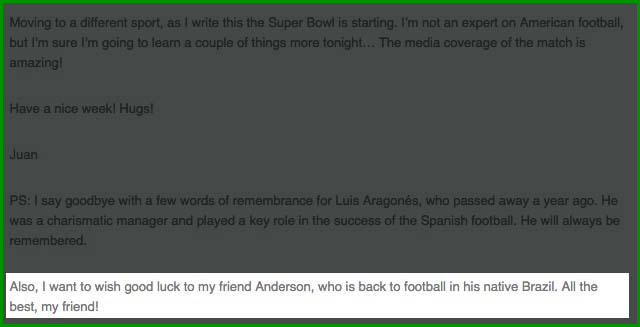