It took Manchester United several weeks and £59.7million to broker Angel Di Maria’s record-breaking move this summer just gone, but according to at least one man, Real Madrid only agreed to flog the Argentinian international as he doesn’t fit certain aesthetic requirements at the Bernabeu.

As per the assertion of Barcelona’s new sporting director Carles Rexach, Di Maria just wasn’t pretty enough to play for Real and, as such, had to be jettisoned in order to bring in some better-looking replacements.

“(Real Madrid president) Florentino Perez looks at the world market and wants a team of Galacticos for everyone to admire.

“Do you understand what I mean? Ronaldo is the flagship of the club. Perez is selling an international brand.

“[People like] Vicente del Bosque and Di Maria are too ugly for Real Madrid. They are different from Toni Kroos and James Rodriguez.”

Praise be then, that we live in a world where any old ugger can play for Barca – leaving Real to employ only the most Adonis-like beacons of sporting and physical perfection. 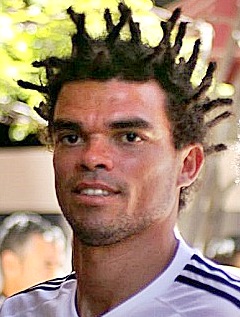