Going into the game in second spot in Group B, the various permutations meant that a win for United against Wolfsburg would guarantee their safe passage into the knockout round. A draw would have also sufficed providing third-placed PSV failed to beat CSKA in Eindhoven.

A loss for United would mean PSV only had to draw to leapfrog them in the table due to the Dutch side’s superior head-to-head record. 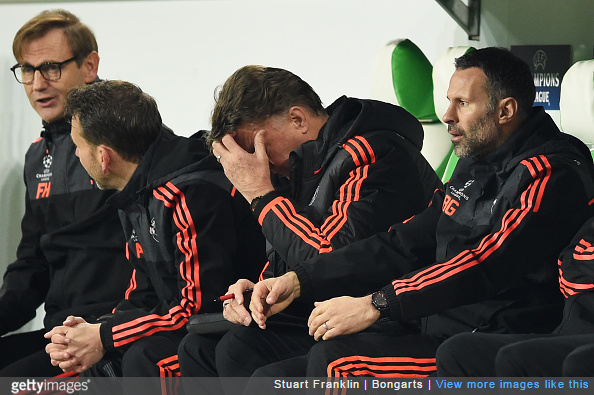 As such, despite trailing 2-1 to Wolfsburg on the night, United were actually poised to go through at two different junctures during the final 20 minutes of the game thanks to CSKA going 1-0 up over PSV in the 75th minute. However PSV then immediately equalised in the 77th minute to bump United back down into third.

Josuha Guilavogi then nodded into his own net in the Volkswagen Arena to bump United back up into second place with just eight minutes left but United just couldn’t make it stick – Wolfsburg scoring a critical third goal to make it 3-2 in the 84th minute to send United spiralling out.

If you’re struggling to keep up, some clever so-and-so has produced this graph to chart the various up and downs in Group B over the course of the aforementioned two hours – each coloured line equating to a team and their place in the table at three-minute intervals…

The upshot of it all?