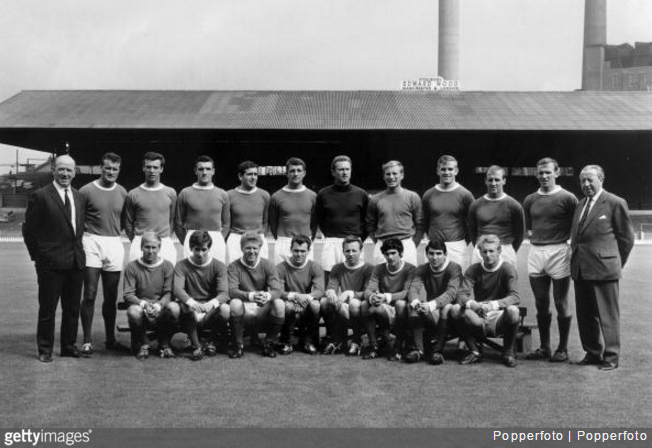 When Manchester United visited West Brom on 15 January 1964, the three players who were to form the core of arguably the greatest United side ever found themselves on the pitch together for the very first time.

George Best, Denis Law and Bobby Charlton all lined up in the starting XI, and were instantly successful. Law got two goals, with Best and Charlton bagging the others as United won 4-1 at the Hawthorns.

All three would go on to win European Player of the Year titles, Law in 1964, Charlton in 1966 and Best in 1968. And, of course, their finest hour came in 1968 when United became the first English side to lift the European Cup.

United used a 4-2-4 formation in those days, with Law taking a central role up front and Best the wide right role in the front four. Charlton played as the more advanced of the middle two, tucked just in behind.

Forty years on from the European Cup triumph, a statue of the Holy Trinity – made by West Sussex-based sculptor Philip Jackson, was unveiled opposite the statue of the side’s manager Matt Busby outside Old Trafford, where it continues to stand proudly.