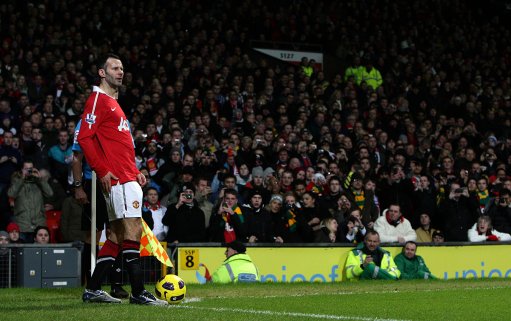 Said Giggs, who’ll turn 38 a couple of months into next season, via United’s official site:

“All I’ve ever wanted to do is play for United and I’ve been lucky enough to do that for 20 years. It is great to know I’m still contributing to the team’s success and I feel I’ve got a lot to offer on and off the pitch.

“This is an exciting time to be involved with so many good young players coming through.”

“To have the desire and the ability to play at the top level in such a physically demanding position at his age requires a special person.

“You run out of words to describe Ryan. He is a marvellous player and a wonderful man.

“He is still turning in man-of-the-match performances and his experience is so vital for the younger players in the squad.”

‘Hairy’…’hairy’ is a good word to describe Ryan Giggs.