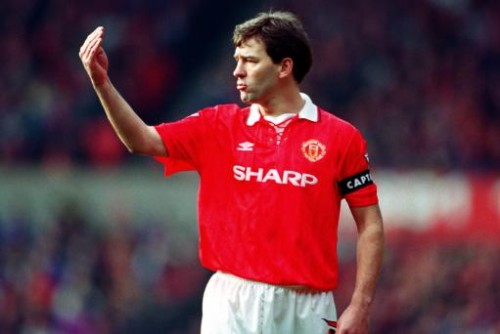 News has reached us by way of the BBC this afternoon that bona fide Manchester United legend and former England captain Bryan Robson has undergone surgery after doctors found a cancerous lump in his throat.

54-year-old Robson, who is currently serving as the coach of the Thailand national side (a job he combines with an ambassadorial role for United) reportedly underwent the procedure in Bangkok on March 3rd.

“Bryan underwent an operation to remove a tumour from his throat. The laboratory report revealed a cancerous tumour, which will need further treatment. The oncologist is confident the condition is treatable.

“Bryan and his family have requested that he can continue with his treatment in private and ask that their privacy is respected.”

Thankfully, there is a smidgen of good news to tag on the end as it is thought that – because the tumour was detected at such an early stage – Robson will be able to make a swift and full recovery.