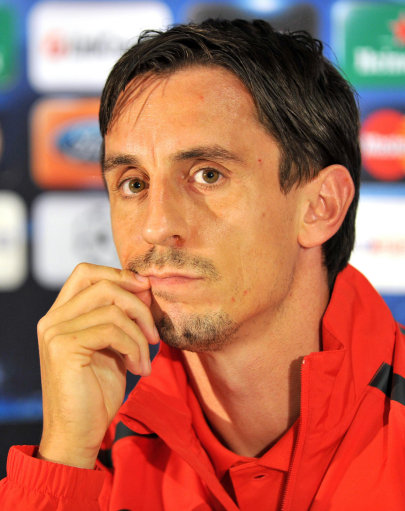 Hallelujah! Moses has descended the mountain and delivered unto us the good news that Gary Neville will be joining the Sky Sports punditry team from the start of the 2011-12 season.

Sky have announced that 36-year-old Neville has been signed as a co-commentator and will be featuring on their live HD coverage of the UEFA Champions League, Barclays Premier League, Carling Cup and any future international fixtures that may come their way.

“I am thrilled to be joining Sky Sports. It has always been leading the way in football coverage.

“Now I have retired, this feels like the perfect way for me to stay involved in football and I am looking forward to bringing my 19 years of match experience into television.”

In further Neville news, United have today confirmed that his 18-year career will be honoured with a testimonial game against Juventus on Tuesday 24th May.