Reigning champs Manchester United got their title defense off to a winning start with a 2-1 win over West Brom at the Hawthorns on Sunday.

Wayne Rooney opened the scoring, nutmegging a shot into the far corner in the 13th minute before Shane Long pulled one back for the Baggies on his debut – with a relatively tame shot trundling past David De Gea and nestling in the inside side netting.

United won it ten minutes from time with a little help from their wily old striker, with all-time record scorer O.G poking home from close range after getting a double ricochet on Ashley Young’s low cross. 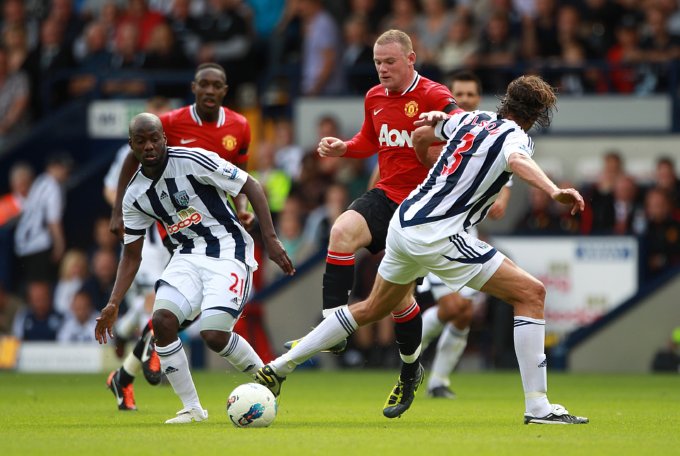 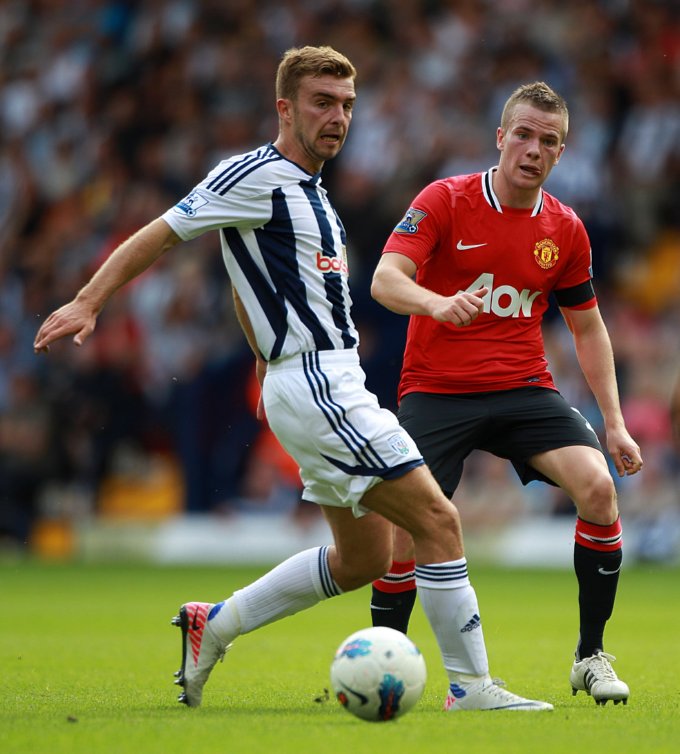 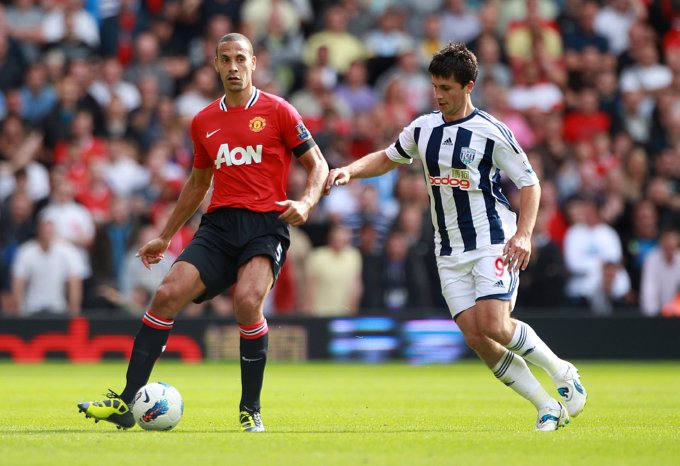 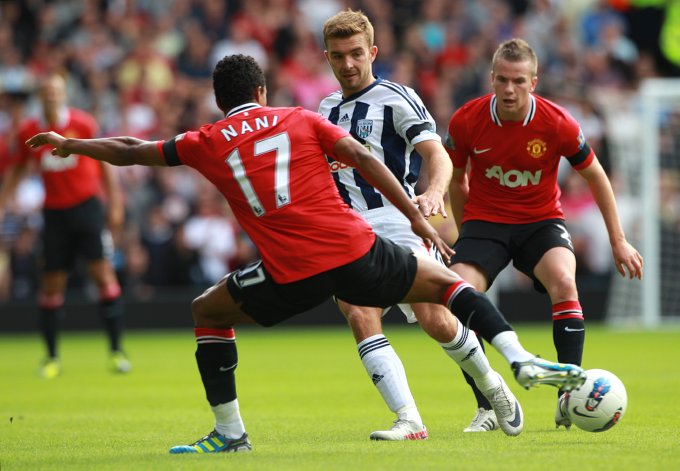 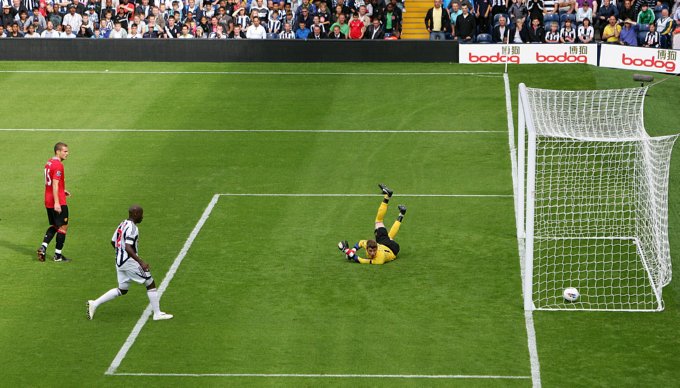 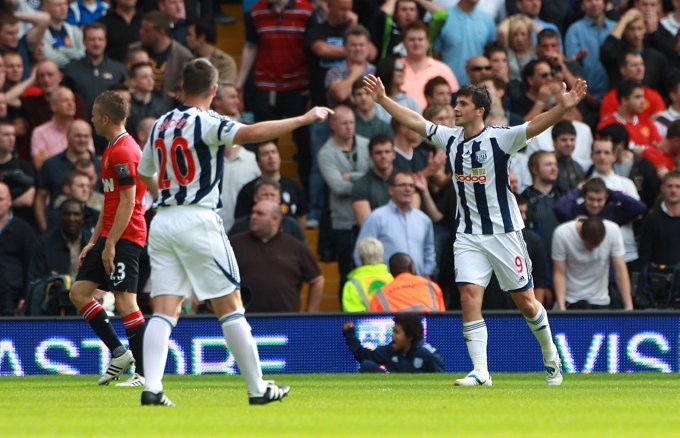 Shane Long celebrates after getting the Baggies back on level terms 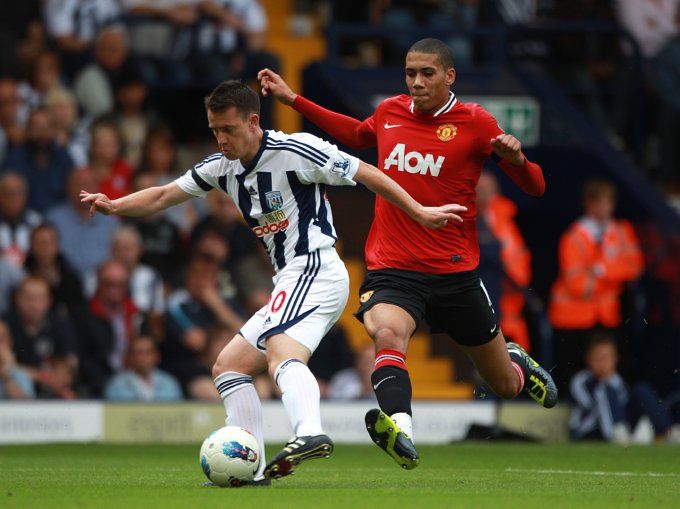 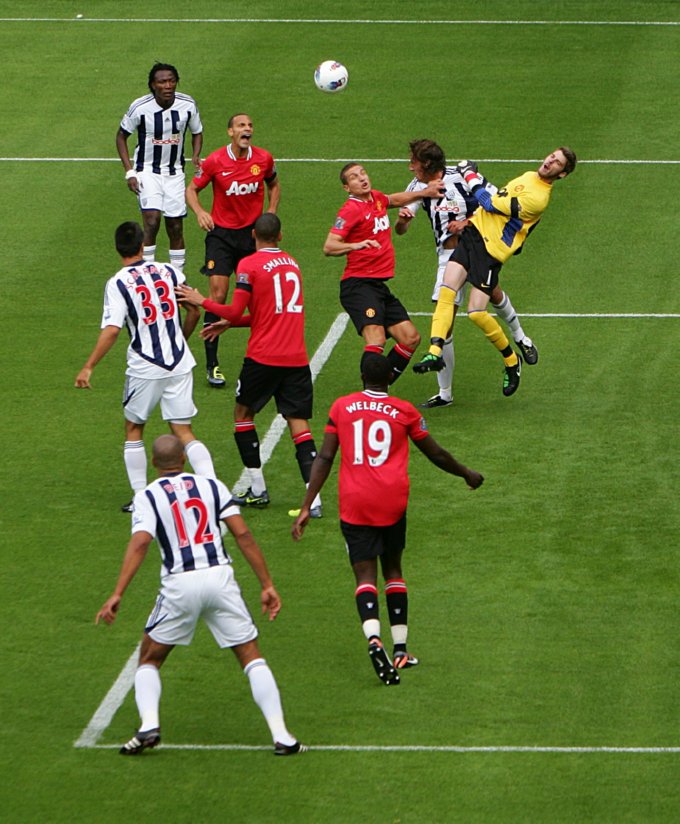 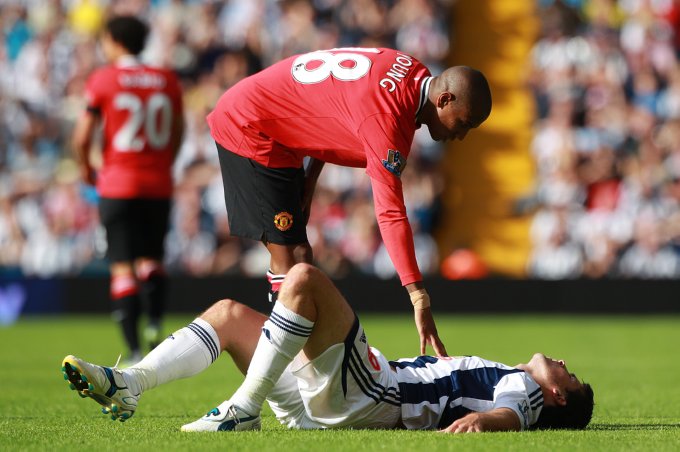 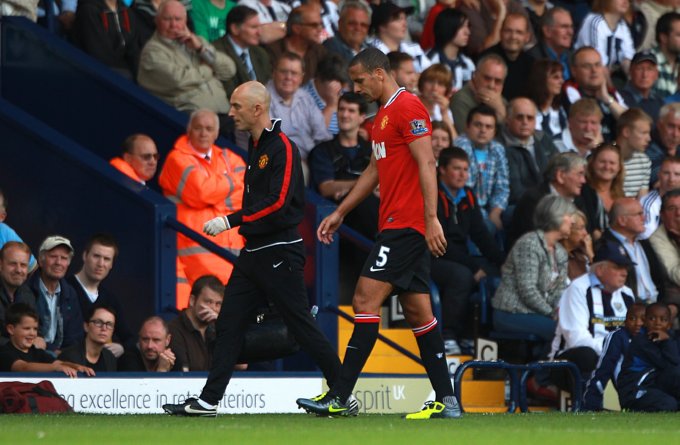 Rio Ferdinand limps from the pitch after picking up a hamstring injury. United also lost Nemanja Vidic during the game (calf) with the two centre-backs set to miss six weeks and a fortnight respectively. 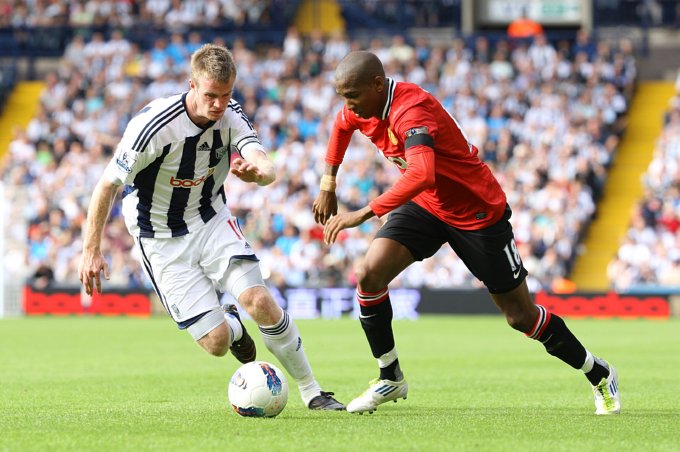 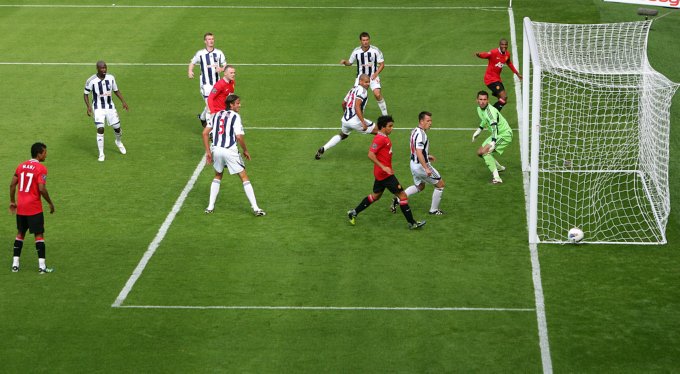 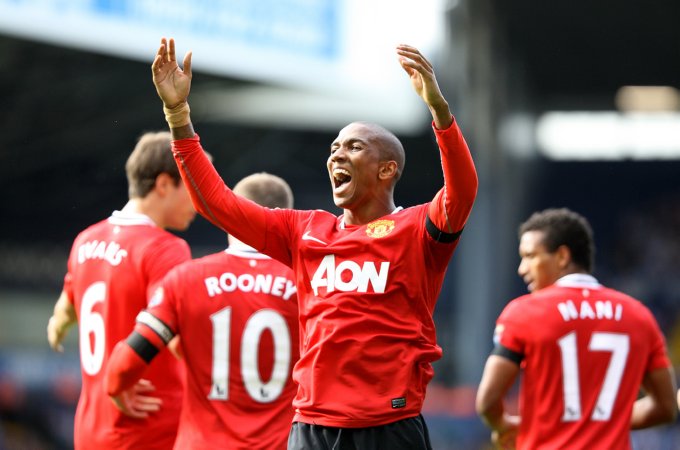 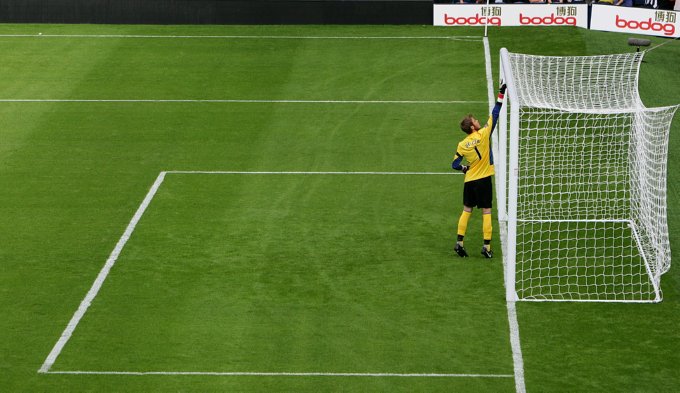