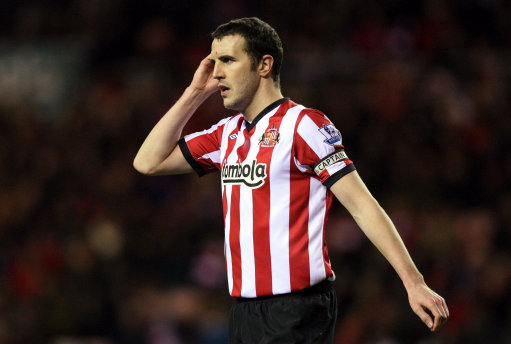 Deep in his subterranean concrete science bunker, John O’Shea is currently working on project that will see him artificially bio-engineer a ‘football’ from a pig’s bladder.

Of course, this isn’t a ‘things bored footballers do to whittle away the off-season’ thing and, sadly, we’re not talking about John O’Shea: Sunderland utility man here, rather an artist by the same name from the University of Liverpool’s Clinical Engineering department.

O’Shea has set about trying to produce a football from the cells of a pig’s bladder as a contemporary manifestation of the way in which football’s were first produced back in the early 21st century –  by stitching and inflating an actual pig’s bladder.

It’s all in the name of art you see? An attempt to ‘re-connect today’s Life Science industry with age-old techniques and lost knowledge.’

“Pigs Bladder Football launched one year ago by setting out a remarkable challenge: By August 2012, artist John O’Shea would culture the world’s first bio-engineered football, grown from living cells.

“For six months now he has been artist in residence at the University of Liverpool’s Clinical Engineering Unit, collaborating with Prof John Hunt and Theun Van Veen and developing his own bespoke protocols for harvesting animal tissue. Through biological experimentation, rapid prototyping and an iterative design process, this work has been an exercise of precise tissue engineering.

“The final ball, which will produced by replicating the same techniques used to create artificial human organs, encourages us to consider the role life sciences will have in our daily lives today and in the future. It is also a reference to the colliding worlds of human enhancement, the bio-technology industry and the global capitalization of sport, which have become highly contested areas.”

Using the same techniques that are used to replicate artificial human organs, the cells will form around printed 3D polymers that will eventually break down, leaving behind just the artificial football made of living cells… 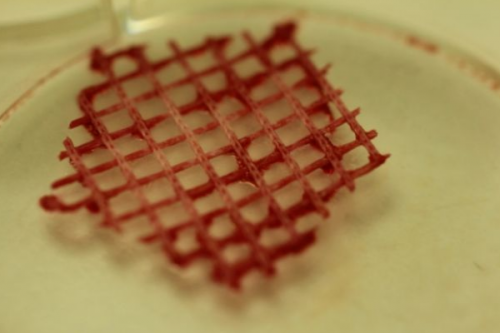