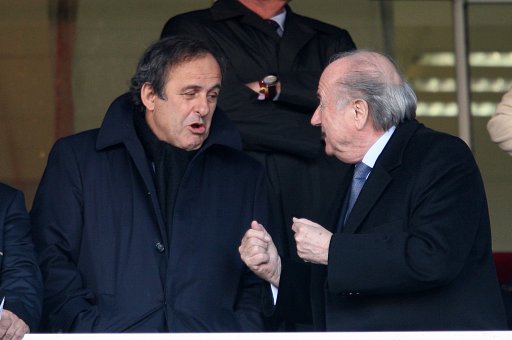 After months – nay, years of growing clamour, FIFA president Sepp Blatter has finally seen the light and backed calls for goal-line technology to be introduced.

The Swiss dumpling told CNN that if he is presented with a system that ‘works’, then he and his organisation will  press ahead with plans to integrate it into the game as soon as possible, despite what old fuddy-duddy Michel Platini would have you believe:

“My position is that if they work then we will do it. If there is one of these systems that is accurate and immediate, and also not too complicated, then I think goal-line technology has a good chance to be accepted (by the International FA Board).

“If it works, the board will say ‘Yes’, even if they’re conservative.

“Platini is totally against any technical device because he’s afraid that when we are in the goal-line technology we could (introduce plans for similar systems) on the 18-yard line or the offside position or whatever, but for the time being we are talking about only goal-line technology.”