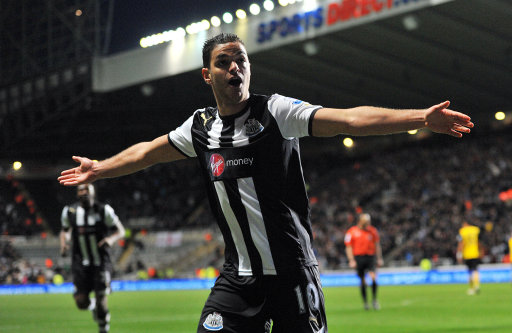 Hatem Ben Arfa, the Magpies’ diminutive young winger is to be sued by rapper and fellow countryman Abd Al Malik after the French international claimed that, many moons ago, the musician had led him into an Islamic sect.

Ben Arfa had told L’Equipe newspaper that Al Malik was instrumental in forcing the-then troubled teenager into Sufism, a branch of Islam which the footballer claims almost destroyed his life.

The Newcastle man, who has struggled to secure a regular starting berth with the Magpies, said:

“I was in a bad way, and seeking well-being. I read a lot of books about Sufism, and the good things about it attracted me. As Abd Al Malik was interested in it, I contacted him, and I soon got involved.

“He and his manager indoctrinated me, at a time when I was very vulnerable. They placed their sheikh on a pedestal. They kept on telling me that everyone who went against Sufism was an enemy. They conditioned me, and at one stage I wanted to follow them.

“I had an idealistic view of religion at the time. They virtually cut me off from the rest of the world. I was part of a movement with a spiritual leader – a sheikh. When I went into the prayer hall I had to kiss his feet – it was compulsory.”

However, following the publication of Ben Arfa’s claims, Al Malik’s lawyer is filing a complaint.

How football has changed, eh. You’d never have seen Micky Quinn getting sucked into a religious cult, would you? Sucked into a snooker hall or a burger bar, yes. But never a sect.