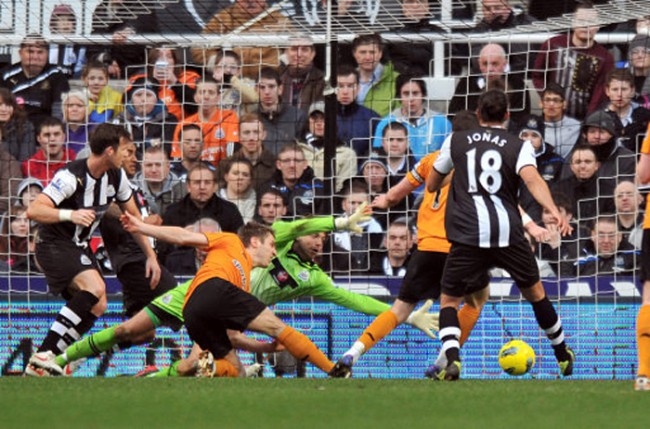 Terry Connor’s promotion to Wolves’ manager for the rest of the season was met with a less than enthusiastic response from both fans and the media. However, after overseeing a superb comeback against Newcastle at the Sports Direct Arena, Connor has made an instant impact.

Newcastle’s Alan Pardew could call on Demba Ba, Papiss Demba Cisse and Cheik Tiote after their African Cup of Nations exploits, and the home side were already two goals up after just 18 minutes.

However, Connor’s half-time team-talk obviously did the trick, as just five minutes into the second-half, Matt Jarvis pulled a goal back for the resurgent visitors. Then on 66 minutes, Kevin Doyle pounced in the Newcastle box after Mike Williamson failed to clear a long ball.

The Magpies tried to regain the lead late on but Wolves stood strong to earn their new interim boss a superb away point.