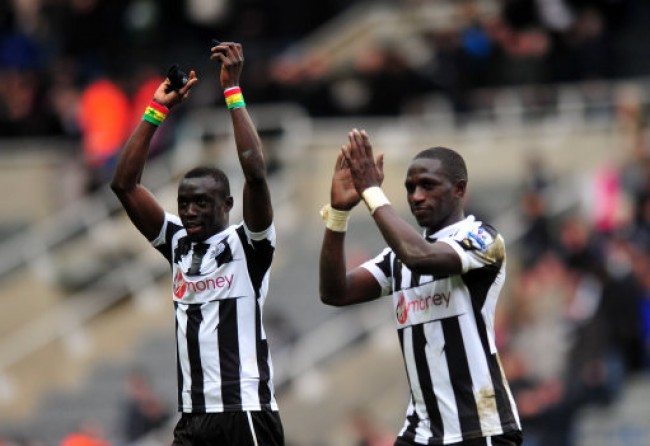 A wonder-striker from Papiss Cissé helped BNewcastle on their way to a thrilling 4-2 win against Southampton on Sunday after the Saints had taken the lead.

One of the most impressive performers in the top division this season, midfielder Morgan Schneiderlin, put the visitors ahead after just three minutes after good work from Rickie Lambert. However, by half-time the Magpies were ahead, courtesy of goals from Moussa Sissoko and Cissé, who fired home a magnificent long range effort courtesy of an assist from back-up goalie Rob Elliot.

Early on in the second period, Lambert got himself on the scoresheet but the Saints’ hopes of getting something from this game were shot down by firther goals from Yohan Cabaye via the penalty spot and the unfortunate Jos Hooiveld, who put through his own net.