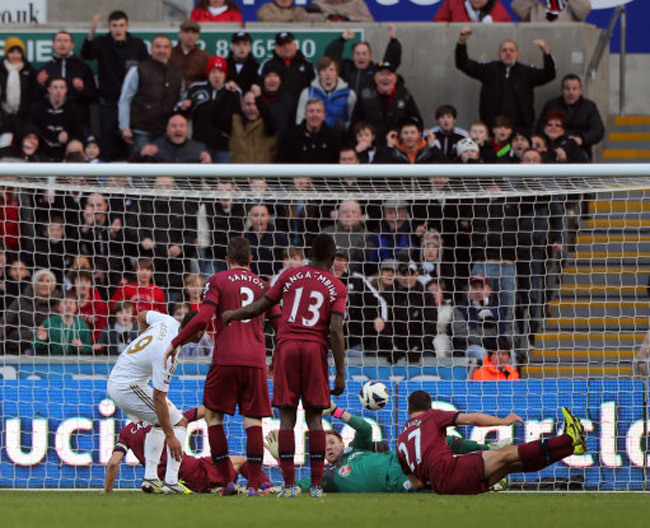 Fresh from their emphatic Capital One Cup success against Bradford, Swansea battled hard to secure a hard-earned three points against Newcastle on Saturday.

Substitute Luke Moore was the goal-hero for the Swans, netting on 85 minutes but only after both sides had enjoyed dominant spells in the game.

The home side were the better of the two teams in the first period, with Angel Rangel and Michu, amongst others, both going close. However, the Magpies stood firm and rallied after the break, with Yohan Cabaye hitting the woodwork and in-form Moussa Sissoko going close.

However, ultimately it was the unlikely figure of Moore, with hs first goal of the season, who would win the game for Michael Laudrup’s men, courtesy of a rather scrappy goal.

The Swans are now eighth in the table while Newcastle find themselves six points clear of the drop-zone.