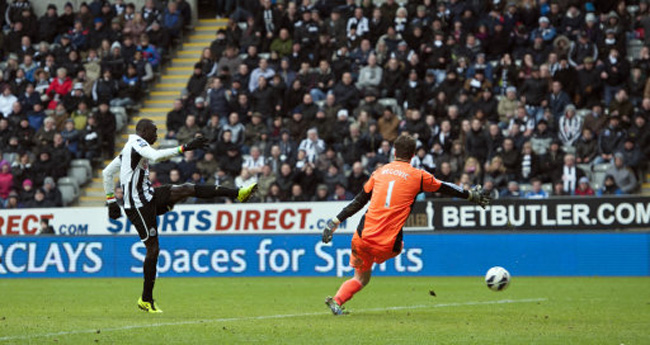 Newcastle came from behind to secure a vital win at St. James’ Park on Sunday against Stoke.

After a hard-fought first-half in which the Potters looked comfortable defending deep, the deadlock was finally broken on 67 minutes when Jonathan Walters fired home from the penalty spot. That goal had come after Cheik Tioté had clearly fouled the Irish striker in the box.

With the game heading for a draw, the Magpies’ secured that vital winner at the death, when Papiss Cissé calmly controlled Sylvain Marveaux’s cross before firing home.

The win sees the rejuvinated Magpies move nine points clear of the relegation zone while Tony Pulis’ side continue to tread water in 2013.