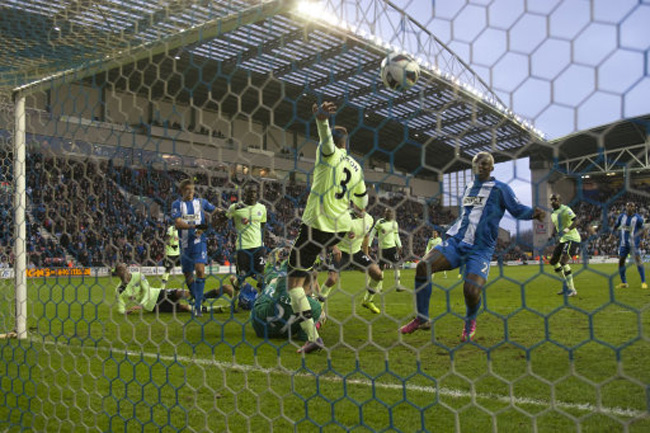 Wigan secured a vital victory at the DW Stadium on Saturday as they dodge the drop once again. However, the result was overshadowed by Callum McManaman’s dreadful lunge on Newcastle’s Massadio Haidara which looks to have inflicted serious knee ligament damage on the French player.

That horror tackle, which went unpunished by an unsighted Mark Halsey, came on 25 minutes after the Latics had taken the lead, courtesy of Jean Beausejour.

After the break, the Magpies battled hard to get back into the game and were eventually rewarded when Italian defender Davide Santon fired home superbly on 72 minutes after a magnificent pass from Papiss Cissé.

However, there was more drama to come when, at the death, Arouna Koné netted from close-range, but only after Maynor Figueroa had clearly handled the ball. Still, the goal stood and the Latics got their vital three points.