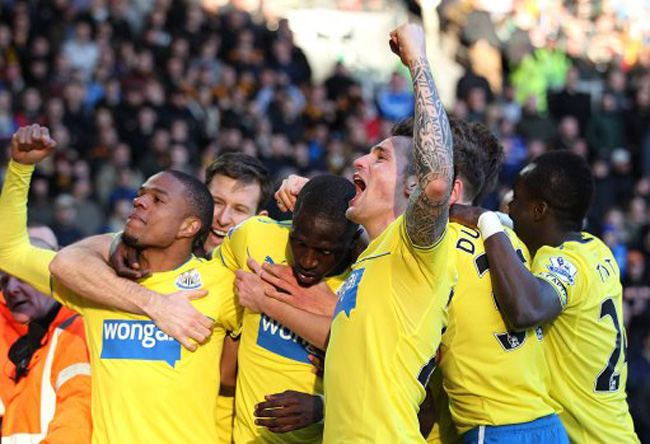 Alan Pardew’s bizarre headbutting of David Meyler in the second-half would overshadow what was a very good win for Newcastle away at Hull on Saturday. Despite having the better of the first-half, the Tigers were two goals down by the break, courtesy of goals from Moussa Sissoko and Loic Remy (after a poor back-pass from Maynor Figueroa). After the break, Curtis Davies made it 2-1 but some more sloppy play helped Hull concede again, with Sissoko getting his second of the game.

With the game at 3-1, the now infamous Pardew incident provided the dramatic high-point of the day before Vernon Anita eventually made it 4-1 to the visitors at the death. What now for Pardew – a hefty fine and a ban or will the Magpies’ sack him for what was a ridiculous act?