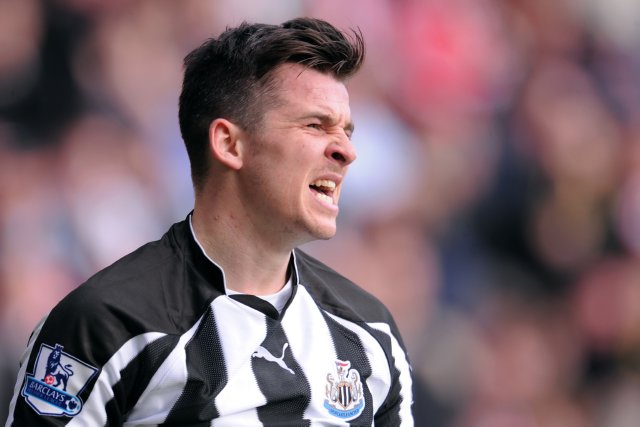 Say what you want about Joey Barton, but he’s certainly not backward in coming forward – in fact, the interview he gave to a French magazine t’other day barely needs anything in the way of an introduction, such is his brazen honesty.

Speaking to So Foot, when asked who he thought was the best English midfielder in the Premier League, Barton replied:

“Honestly, I think I’m the best [English midfielder], Luka Modric and Samir Nasri are very good, but in terms of English players… well, Jack Wilshere isn’t bad, but Frank Lampard’s on the way down and Steven Gerrard’s been injured a lot.

“I’m English and I love playing for my country. Maybe the people at the top have a problem with me –  I don’t know – but the trouble I had was four years ago. They should be able to forgive me, shouldn’t they?”

Barton then focused his ire on England stalwart Gareth Barry, who let’s just say, isn’t one of his favourites:

“Did you see the game against Germany at the World Cup? If you watch the fourth goal, when Mesut Ozil was up against Barry, it was like the hare and the tortoise!”

When asked for the reason behind Barry’s success, Barton replied:

“Barry’s got a very good agent. He’s also discreet and always agrees with the manager. He’s like the kid who sits in the front row and listens to the teacher. I certainly don’t lose any sleep when I play against him.”

The Newcastle midfielder was then quizzed on England’s future:

“We English will play the next 50 World Cups and we’ll never win one. The people in charge at the FA played football maybe 50 or 60 years ago and still think that we can win a World Cup in the same way we did in 1966.

“We’re too focused on tradition in England, like always having to play 4-4-2. Sometimes you need to experiment, drop a bit deeper so you have more space to move into.

“France, Italy and Germany have done it. We’ve been doing the same thing for 20 years.”

Factoring in the odd mistranslation here and there, it’s fairly hard to find yourself in the unenviable position of agreeing with Joey Barton, no?