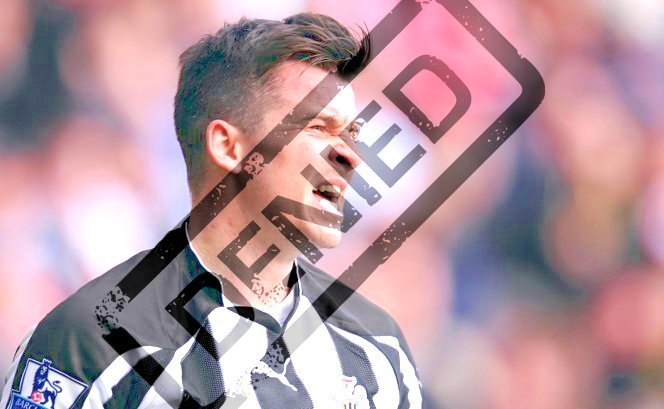 As we’ve already seen this morning, Newcastle United are about to embark upon a 10,419-mile round-trip tour of the States in the next few days, though one man who will not be feeling the benefit of all those lovely air miles will be poor old Joey Barton – who has been refused a VISA for, essentially, kicking seven shades out of a guy in front of a McDonald’s a couple of years ago.

As a reformed ex-con you’d imagine that Barton would just take the set-back on the chin and move on (he will now join the reserves on a trip to Holland), which he very nearly managed to do – telling the Newcastle website:

“Unfortunately, I was denied my VISA due to my past. I regret not being able to travel with the club on this trip, but at the same time, I don’t expect to be treated any differently or more favourably than anyone else in a similar situation.

“All I can do is continue to improve as a person, which is what I intend to do.”

All fairly graceful I’m sure you’ll agree, a new-found level of maturity that lasted up until he took to Twitter a few minutes later:

Nearly Joey, nearly. One step at a time old bean.