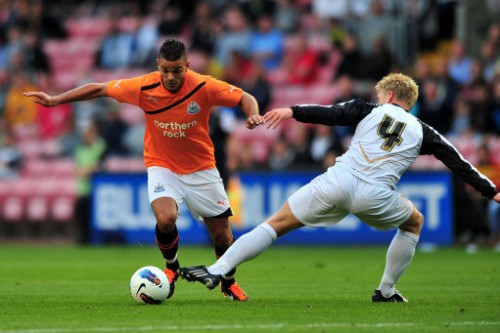 He may have barely kicked a ball for Newcastle, but according boss Alan Pardew, French winger Hatem Ben Arfa can bring a missing creativity to the Magpies.

“Pards” said: “He’s a player that can reach heights that other players can’t reach, that Heineken player if you like.”

In the Carling Cup this week, the Frenchman looks set to make his first appearance for Newcastle since last October, when he had his leg broken by Manchester City rottweiler Nigel De Jong.

No doubt Heineken are delighted with the free advertising, courtesy of Pardew. But we at Pies are wondering – what other players can be compared to an alcoholic beverage? Here’s one for starters – Michael Owen is that old bottle of Apricot Brandy that stays hidden at the back of the cupboard and is only brought out when you’ve nothing else to drink.