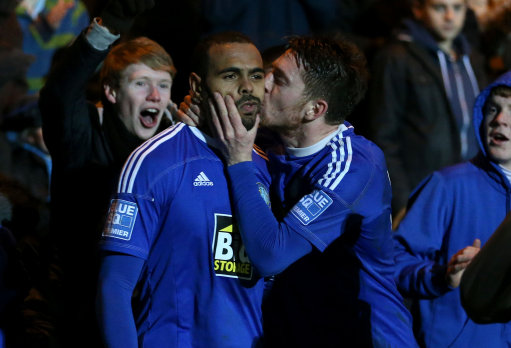 Just think, all this could be yours for just twenty grand!

Macclesfield Town are hoping to raise a bit of money by offering one fan the chance to play 10 minutes of competitive, first-team football in return for a very reasonable £20,000.

A fortnight ago, Macclesfield almost slipped into administration but were saved by Cheshire East Council, who bought the club’s Moss Rose stadium in order to provide the cash to keep the wolves from the door. Unfortunately, the Silkmen’s money bods have announced that the club will need to raise a further £50,000 a month for the next two months if they are going to stay in business next season.

That’s where the “fan package” comes in, with one “fit male aged between 18-35” being offered the chance to be assigned with their very own squad number for the 2013/14 season as well as a set of home, away and training kits.

They will also be allowed to train with the first team, managed by club legends John Askey and Efe Sodje, for a whole week with “access to all areas and receipt of usual player privileges including a place in the official club photo.”

And the piece de resistance? The fan is guaranteed a ten-minute appearance in either a Blue Square Bet Premier or a cup game at some point during the season

Macclesfield are also keen to add that any potential purchasers doesn’t have to be a Town fan, with the Conference “openly welcoming interest from keen amateur or ex-professional footballers from across the country.”

All you need is a spare twenty grand.

So, that’s Pies out already.