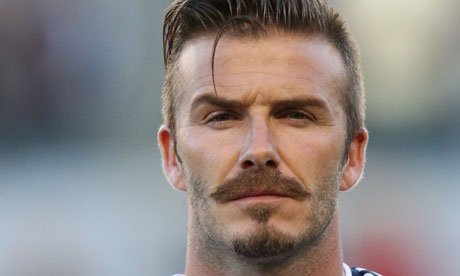 “Whut can I get ya son? How ’bout a rootin’ tootin’ Sarsaparilla?”

It has been confirmed that part-time footballer/Wild West saloon barkeep David Beckham has missed the cut for the ‘Team GB’ Olympic football squad – despite the fact that Team GB have used his name to sell a shed-load of tickets over the past few months.

The Guardian have confirmed that Beckham will not be called upon by coach Stuart Pearce, who is believed to have decided to opt for Craig Bellamy, Ryan Giggs and Micah Richards  – a man who refused a place on England’s Euro 2012 reserve list a few weeks back – as his three ‘over-age’ players.

Beckham, who is believed to have a part in the opening ceremony, is quoted as saying:

“Everyone knows how much playing for my country has always meant to me. I would have been honoured to have been a part of this unique Team GB squad.

“Naturally, I’m very disappointed. There will be no bigger supporter of team than me.”