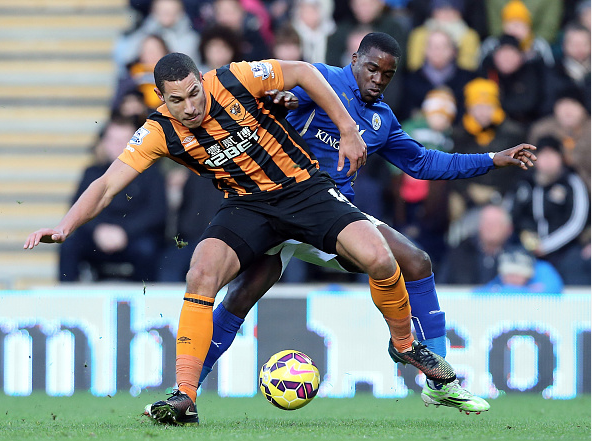 Hull City’s Jake Livermore has tested positive for cocaine. Livermore was randomly tested after Hull had beaten Crystal Palace 2-0 on April 25th.  His manager Steve Bruce is “devastated”. Livermore, an £8million signing from Tottenham, has been suspended by the club.

Hull have issued a statement:

“Following suspension by the FA, the club has subsequently suspended Jake Livermore pending further investigations to be made by the FA and our own internal disciplinary procedures.”

No-one sensible supposes cocaine helps you become better at football. You don’t look at the brilliant, fat, thin and tragic Maradona without thinking how much better he’d have been had he not spent his idle hours face down in a bowl Peru’s finest.

You think of Adrian Mutu, whose Chelsea career was over when in 2004 he tested in positive for cocaine.

“I made some mistakes, and if I could go back and not make them, then of course I would. But it is too late to do anything about it.”

“What did I learn from it? I learnt that there are some substances you are not allowed to take when you play football, so you should not do it.

“I do not think about what I lost, I do not like to talk about Chelsea. It was f***ing ten years ago; it is always the same thing.

Mutu has never escaped the stain caused by that cocaine bust.

And there’s Paul Merson, the former Arsenal player, who used to take a taxi to buy cocaine in Central London:

“Cocaine absolutely, 100 per cent, brought me to my knees. Coke took away my life for ten months and nearly finished me off.”

“I could quite easily have snuffed it from a heart attack on the pitch, given the huge piles of stuff I was shovelling up my hooter.

“Once I’d started taking it, I couldn’t get enough, and nothing was going to stop me getting another line. The driver would always stare at me through the rear view mirror with his jaw on the deck.

“I could see him thinking ‘Bloody hell, Paul Merson is doing drugs on my back seat’. I must have looked like the strangest thing in the world … I was out of control.”

Looking beyond football, there was snooker’s Jimmy White, whose autobiography features the memorable line:

“I can’t really explain how I made the jump from snorting to smoking crack cocaine.”

None of these men used drugs to gain a sporting advantage – unless they were working as agents for the other side. Like Maradona, Merson and Mutu, Livermore has cheated no-one but his teammates…

If anyone’s stupid enough to think Class A makes you better at football, here’s a bit of video evidence to the contrary…