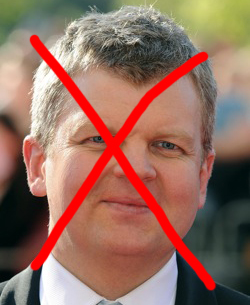 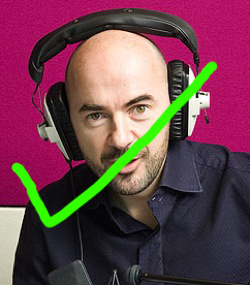 Now that Adrian Chiles has swanned off to ITV, Match of the Day 2 (the better of the MotdDs) needs a new host. There is fairly substantial backing on the big interwebs for eggheaded Serie A fan James Richardson – ex of Channel Four’s ‘Football Italia’ and now presenter of the Guardian’s excellent ‘Football Weekly’ podcast – to get the gig.

There’s even a petition, which Pies has signed, in support of the man many know as AC Jimbo.

The alternatives are very real and very shit: Colin Murray, a deeply smug and dislikable man, is the bookie’s favourite, whilst virus with shoes Tim Lovejoy (you can still laugh at him) has also been mentioned.

Not only would Jimbo be cheaper than either Murray or Lovetwat, he’d be a million times better at the job.

Who would YOU like to see get the MotD2 job?

Jimbo in action on Football Italia, back in the days when he was clinging desperately onto his hair:

So many Costello puns. Love that.