To stoke the fire afore England’s Euro 2012 game against Sweden tonight, Swedish paper Aftonbladet mocked up their ideal post-match Daily Mirror front page for tomorrow morning – leading with a pun-a-rrific ‘Broken Hart’ headline and detailing how ‘shitty’ England were subjected to the worst moment of their respective careers by the conquering Swedes.

The Daily Mirror caught wind of Aftonbladet’s effrontery and duly responded in kind, mocking up their own version of events under the headline ‘ZLATASROF!’ – with several references to Abba (being found to be Norwegian all along), elks and Ikea (who are apparently going out of business) thrown in for good measure. 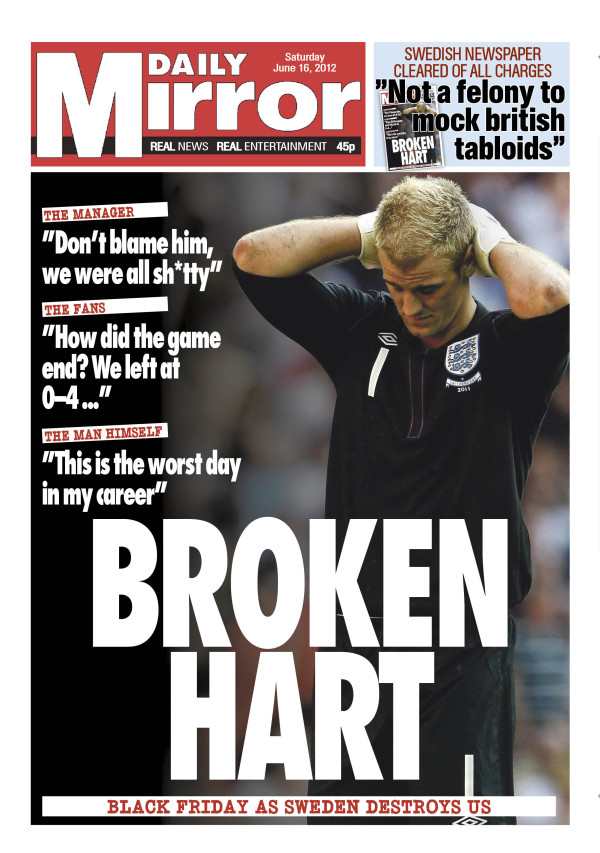 Before anyone goes getting their bloomers in a wad, it’s all just a bit of a tit-for-tat tabloid spat.