We’re assuming they had to pay through the nose for the privilege, but these two Grasshopper fans became the first people to test run the Swiss club’s new VIP matchday package during their 3-1 win over St. Gallen at the weekend – a package that allows you to take your seat for the game in the newly-installed pitchside jacuzzi at the Letzigrund Stadium, swig complimentary beer and even celebrate with the players after they score… 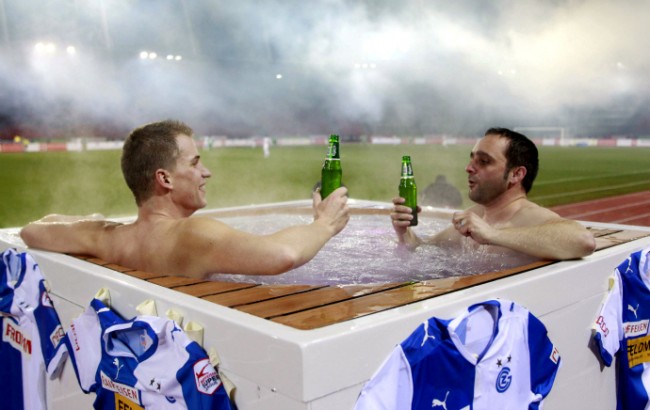 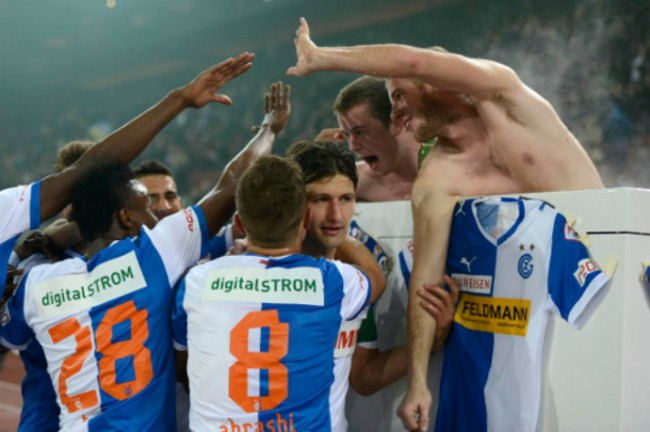 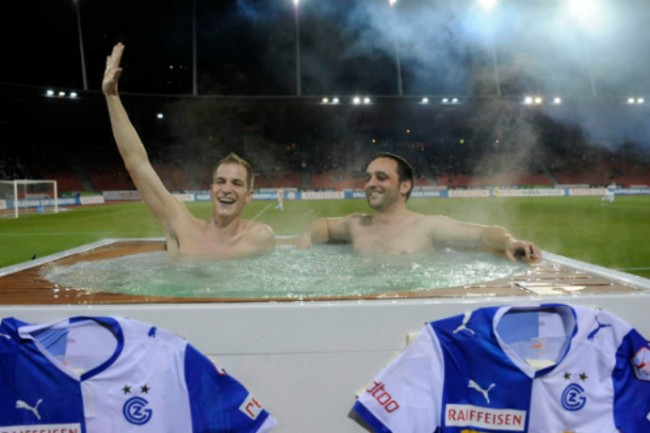