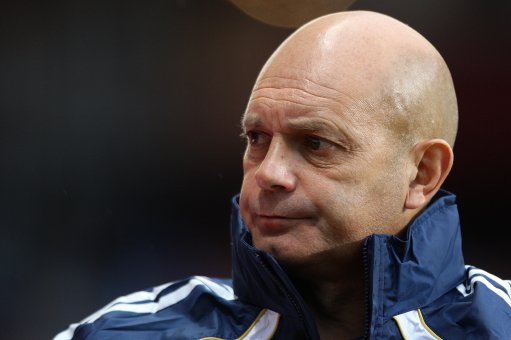 After blaming everyone and everything but himself, king of the passive-aggressive faux-down-to-earth shtick, Neil Warnock, was given the boot at Loftus Road on the back of an appalling run of form which saw QPR take just two points out of a possible 24. This sacking therefore leaves a rather decent looking vacancy which is sure to attract a whole load of “between jobs” managers.

So far, former Manchester City boss Mark Hughes has emerged as the bookie’ favourite, with Sparky no stranger to top tier management, having had spells at Blackburn, Man City and Fulham as well as the Welsh national team.

However, now former QPR player and manager, Ray Wilkins, has thrown his proverbial hat into the ring. Wilkins has created quite the media persona for himself in recent years, although much of his fame has come from his rather bizarre and often biased punditry, creating a whole new collection of Colemanballs, from “stay on your feet” to “my word”.

“I thoroughly enjoyed my stint there before, I enjoyed my time at Chelsea. I think I’ve probably grown in that field quite a bit over the last couple of years. So it would be very pleasant to take on.”

“If what I’m saying at the moment puts my hat in the ring then yes, that’s the case.”

Wilkins was a key influence during Carlo Ancelotti’s successful reign at Chelsea and he has bags of experience. But is he a better bet than Hughes? Will it be ‘baldy’ or ‘hairy’? Or is there someone else who could better serve QPR?