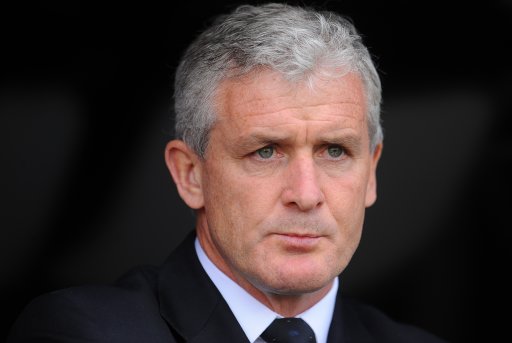 Not sure it was the job he had his sights set on landing when he walked out on Fulham six months ago citing the club’s abject failure to match/fund his ambitions, but it has just been announced that Mark Hughes has been sworn in as QPR’s new manager on a two-and-a-half year deal following Neil Warnock’s acrimonious sacking earlier in the week.

It’s a decent appointment as far as owner Tony Fernandes and the money men at Loftus Road are concerned, in that they’ve now got themselves a manager with a touch more top flight credence at the helm though, as Hughes’ predecessor himself said, you have to believe that if there were ‘more people at the club in positions of power with experience in the game’ then Warnock would and probably should still be in a job – though that’s quite obviously by the by now.

Any road up, the following statement from Hughes was posted on the club’s official website:

“It’s a great feeling to be back in football and to be the Manager of QPR. I’m fully aware of the challenge in the short and long term and I am genuinely excited about the ambition of the owners.

“Now the immediate priority is to consolidate our place in the Barclays Premier League, but beyond that, the future is very bright and fills me with great enthusiasm.”

“One factor that concerns me is that I am an ambitious manager and have to make sure the club meets those ambitions.”

Steady on. Don’t get too excited Sparky, you’ll have a hernia. The last sentence in particular hardly gives off the air of a man overly enamoured by his new employment opportunity, now does it? ‘Ambitious’ is generally a direct synonym for ‘off at the first sniff of a better paid gig’ in football parlance.

Anyway, we – being generous and amiable folks here at Pies – give him a year at the most, and that’s if QPR manage to ‘consolidate their place in the Barclays Premier League’ this season.

We’d also like to make a prediction as to the first new face arriving at Rangers under the Hughes regime this month: Roque Santa Cruz, obviously.