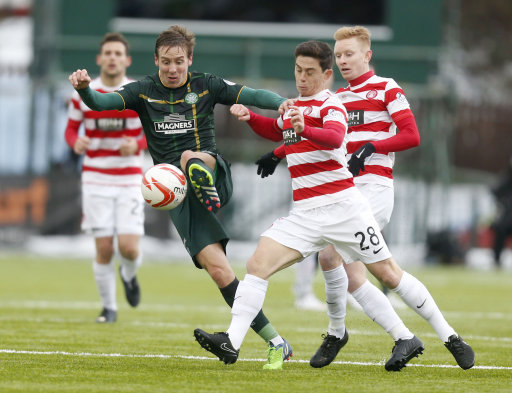 Because they’re jolly good eggs, Hamilton Academicals are reducing the ticket prices for next Saturday’s SPL game against Inverness for both home and away fans to a very reasonable 10 pence.

The offer is part of the club’s “Perfect 10s” scheme, which will serve as a mark of gratitude to former manager Alex Neil (who left to take over at Norwich a fortnight ago) and departing assistant Frankie McAvoy.

Why “Perfect 10s” you ask? Well, both men served the Accies for 10 years, with Neil also wearing the number 10 jersey with distinction during that time too.

It’s as simple as that.

Speaking via a bulletin on the club website, Hamilton vice-chairman Ronnie McDonald said:

“As a mark of the esteem we hold them in, we have designated Saturday’s game as a tribute to these significant 10’s and will make the admission charge for all spectators, home or away, just 10p.

“We look forward to welcoming all our loyal supporters, and perhaps some new ones, to send Frankie, (and Alex), off with the acclaim they deserve.

Just for the record, the usual ticket price at New Douglas Park this season is £22 for adults and £10 for concessions.