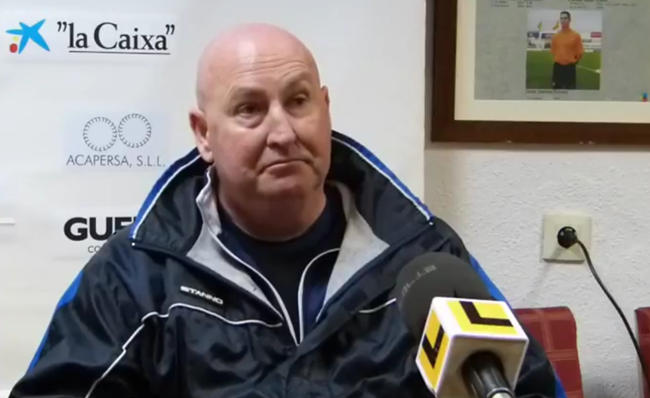 A Scottish businessman has taken the unorthodox step of paying £150,000 to become manager of a Spanish third division club on the proviso that he’ll get his money back if he manages to get them promoted.

John Clarkson, who owns a chain of care homes in East Anglia, is set to become the new head coach of CD Tudelano after making a “sporting bet” with the club’s current president Jesus Miranda.

Indeed, Miranda admitted to the local press that he’s very excited by the whole concept:

The best way to describe his offer is that it is an economic sports bet.

The Scottish businessman has big plans for this club. His goal is to get to the second league within two years.

The fans might think this is just a hobby of extravagance for him, but he is a fully fledged coach with all his badges.

Miranda then went on to outline the specific terms of Clarkson’s wager:

He is paying money to do a sports project – he is not taking over the club.

He came in and told us that he would get us sponsorship and sort out the club’s debts. And in return, he coaches the team for free.

He will invest £50,000 for the first season and £100,000 for the second season. He’s told us that if he wins us promotion within that time, he will be refunded his money. If he does not, we keep it.

You can say that again!

According to the Daily Record, Clarkson will have his work cut out as he’ll be taking over at a club riddled with financial problems (including a £175,000 tax bill) and a team who are currently 9th (of 20) in Segunda Division B with 21 games of the season already played.

That said, the 60-year-old has dabbled in Spanish lower league football before however, having previously taken positions on the board of Ontinyent, Crevillente, Benissa, Catarroja and Real Aviles in the past.

Here’s wishing the daft sod all the luck in the world!