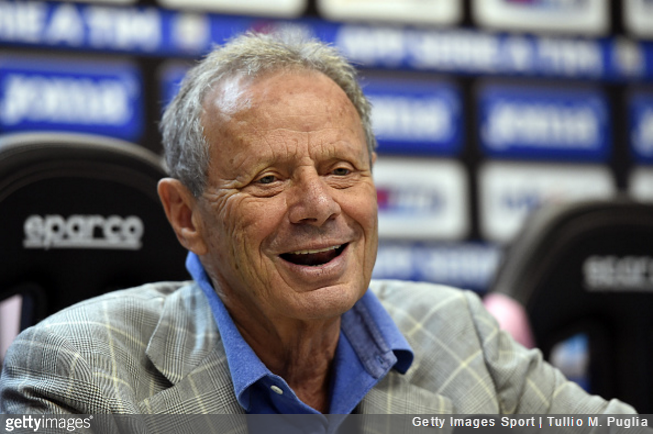 Palmero president Maurizio Zamparini has announced that he is stepping down after 15 fun-filled, zany years in the role.

In that relatively short time, Zamparini has made roughly 40 coaching changes – even sacking the same manager three times in the same season last year.

With the side currently 18th and three points off the bottom of Serie A, the 75-year-old has announced that he is officially done and that a new owner will be in place “within 15 days”.

This taken from a statement issued on Palermo’s official website:

The new president is a representative of an Anglo-American fund.

The fact that nobody appears to have an exact number of hirings and firings is just testament to Zamparini’s delightfully maniacal mood swings.

Indeed, last month, Palermo made their 11th coaching switch in the space of two seasons, which is actually fairly reserved when viewed in context.

Should you wish for a more comprehensive list of Zamp’s crackpot shenanigans, we urge you to head this way.