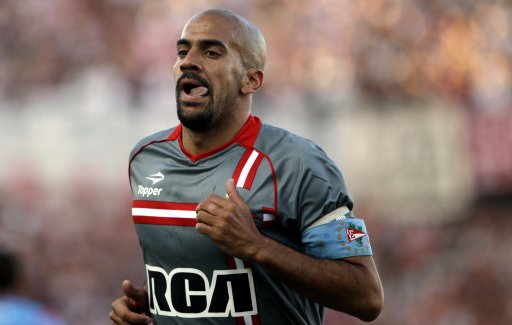 Juan Sebastian Veron has announced that he is to reverse his decision to retire in order to play one last season for Estudiantes in the Argentinian Primera Division.

Veron, now 38, has been serving as a technical director at Estudiantes since calling time on his playing days at the end of the 2011-2012 due to a troublesome ankle injury, but the former Argentina captain has now signed a new one-year contract with his boyhood club – also announcing that he is to donate his wages for the entire year to the club’s youth team.

Speaking to Radio Del Plata, Veron said: “I don’t think I’m in the form of that time (in 2009) when we won the Libertadores Cup, but I’m just as motivated because I love playing football.”

As well as fulfilling his directorial duties for Estudiantes, Veron kept himself fit by playing for a local side that won the La Plata amateur league last season, so he’s still managed to retain some semblance of his fitness since retiring – though seeing as he initially retired due to a slump in form and his age generally catching up to him, it remains to be seen just how much use he’ll be from a playing perspective.

Still though, the whole youth team thing is a fantastic gesture, no?