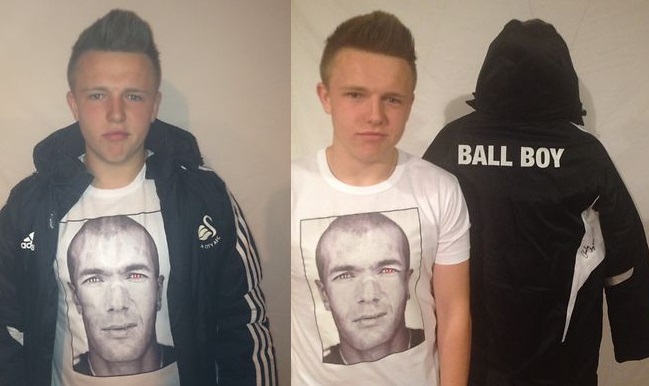 Remember back in January, when Eden Hazard toe-poked a Swansea ballboy in the ribs and the whole bloody world went conker-bonkers for a week, with the ballboy suddenly gaining 80,000 followers on Twitter for being such a laaaaaaaad, Subbuteo forever immortalising the fracas in limited edition figurine form and Pat Nevin, in his role as football’s moral guardian, actually going as far as to call for ballboys to be removed from the game entirely.

*Sigh* Those were the days.

Anyway, you may well have thought that the “incident” was milked for all it was worth, but the sad news this morning as that that doesn’t appear to be so, as the jacket worn on that fateful night in the League Cup at the Liberty Stadium has been put up for sale on Ebay, having been autographed – autographed!– by the dipstick ballboy himself, Charlie Morgan, who has pulled on that famous coat just one last time in order to model it for the listing… 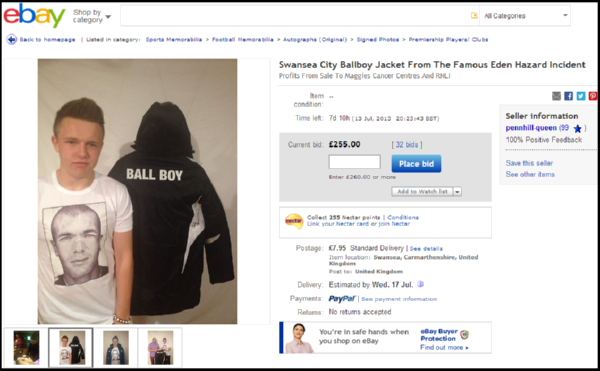 All proceeds are going to charity and bidding is currently hovering around £260 so it’s hard to pick fault, but frankly we hope this is the last we ever hear of this whole sorry palaver.