Seems like our ‘Arry’s key defence in his tax-swindling trial is that he, and I quote, “writes like a two-year old”, “can’t spell” and is “the most disorganised man in the world” ergo there’s no way he could’ve diddled Her Majesty (so to speak) out of the tax due on a ‘misc. payment’ of £189,500. Sounds water-tight to me and I’ve watched ‘A Few Good Men’ and ‘Miracle On 34th Street’ so I know a thing or two.

Redknapp also admitted that he’s so shit at staying in the lines when he’s colouring-in that he can’t even fill out the Spurs teamsheet come matchday, as this irrefutable evidence will duly attest to your honour… 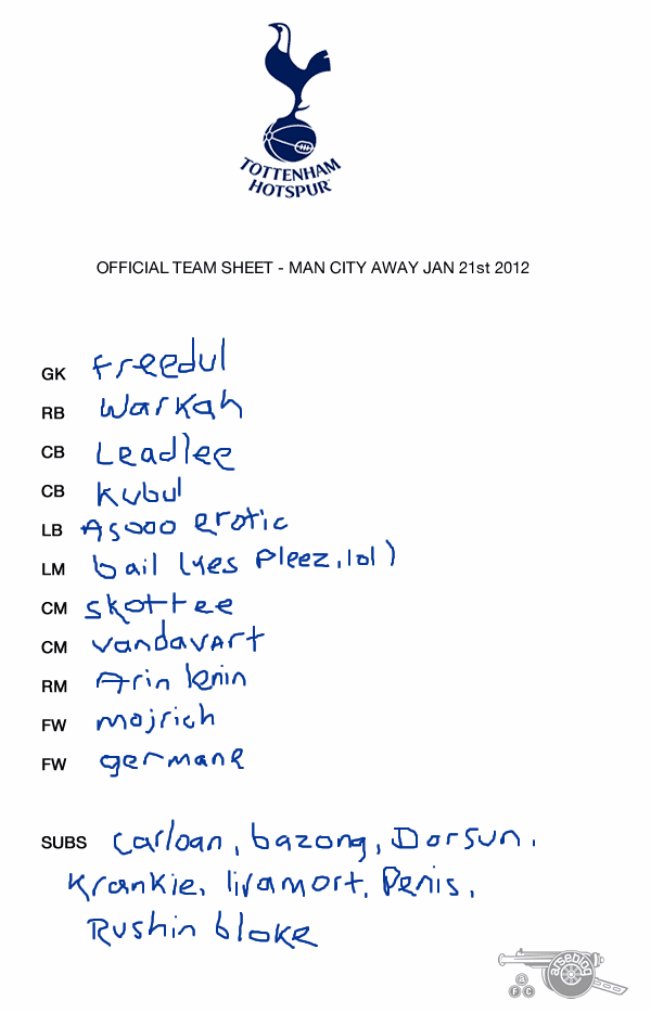 Great work from the wonderful (and slightly biased) Arseblog.