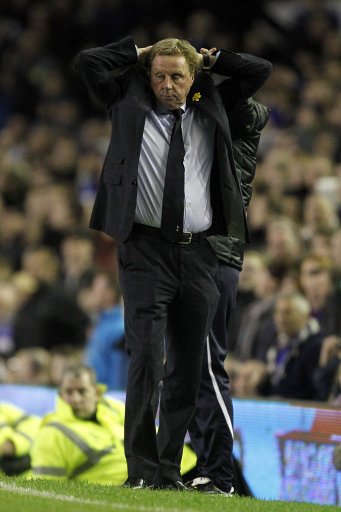 Spurs boss Harry Redknapp has (metaphorically) rolled down his car window once again to chat to reporters, this time telling them that missing out on the Champions League, courtesy of Chelsea’s success, is no big deal. He said:

“They pay fantastic money. If you pay players enough money and you give them good enough contracts and you show that you’re ambitious, they’ll come to your club.”

“Champions League football, because you don’t make it one year – it’s one year. I think that’s an excuse for players who want to leave and get better contracts elsewhere. I don’t see that as a real problem.

“I think if the contract’s right and they earn enough money, Premier League football is big enough.”

I think it’s fair to say that this is quite a change of opinion from the Spurs boss, who at one point last season was tipping his side for Premier League glory, never mind a Champions League place.

The Tottenham boss is about to enter the last year of his contract at White Hart Lane and has called upon Wayne Rooney’s agent, Paul Stretford, to advise him on a potential new deal.

With the relationship between Redknapp and Spurs bigwig Daniel Levy apparently not the best since ‘Arry was linked to the England job, one wonders if the former Pompey and West Ham boss will be at Spurs for much longer. And if he does go in the end, who’ll take his place?