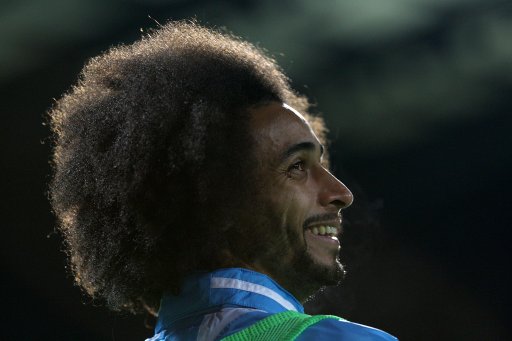 Despite spending the best part of the week holed up in bed with the dreaded lurgy, Benoit Assou-Ekotto dragged himself from his pit on Saturday night, wandered into an East London pub, ordered himself a little pink cocktail and then completely obliterated all comers over on the table football… err, table.

One of the patrons of the Kick Bar in Shoreditch described Benny the Foosball Wizard, his supple wrists and his crazy flipper fingers, etc to Ham & High:

“I went over to the tables to ask if I could play the next game, and then I realised I was talking to Benoit Assou-Ekotto. He said ‘sure, of course’.

“[Me and my mates] didn’t actually end up playing against him, but we were on the next table and he and his friend were just amazing. We’ve got a table at work so we play quite a lot, but he was incredible – the best we’ve ever seen.

“People were queuing up to play him – all good players, people who knew what they were doing. It was ‘winner stays on’ and he must have stayed on that table for at least an hour and a half – maybe two! No-one could beat him.

“Sometimes he was playing with his friend, who I didn’t recognise, and sometimes by himself. They were really cagey games and they went on for five to 10 minutes, but he always won.

“He was drinking some kind of pink cocktail – I don’t know whether it was alcoholic or not.

“People asked him for photos and he was always happy to do it and speak to them. He was very receptive to all of that – it was really nice to see. We went downstairs for a while and when we came back up around 11.30pm he was gone.”

Yes, that was the news. Professional footballer plays table football. Hell, it’s been a slow week – don’t judge too harshly.

Anyway, it’s just one more thing we can file under ‘BAE is a humongous dude’, along with this photo of him licking a policeman’s back… 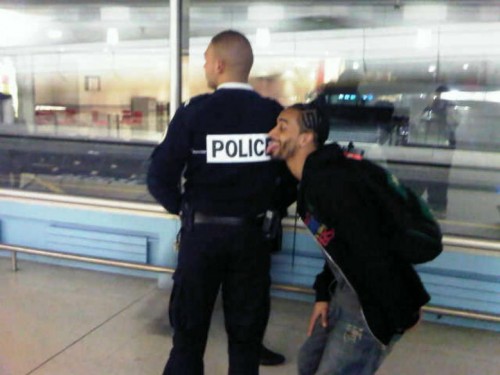 Never say we don’t spoil you.