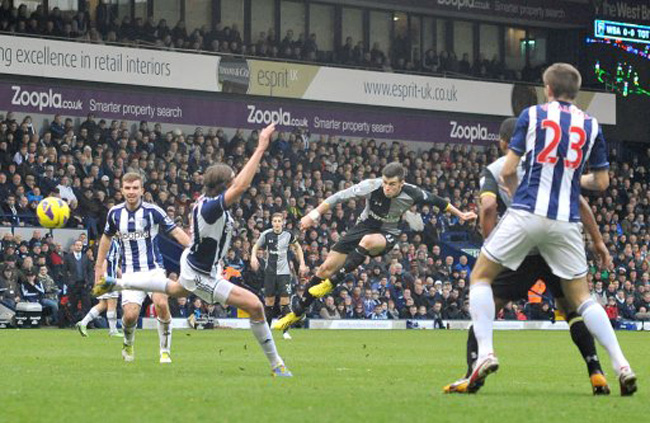 Gareth Bale was once again the match-winner for Spurs on Sunday, as the north Londoners moved to within one point of third-placed Chelsea in the table.

Bale and West Brom’s Shane Long had the best chances of the first-half but it was after the break that things got really interesting.

With only two minutes of the second period gone, Goran Popov lost his head completely and spat at Kyle Walker following a rather run of the mill challenge. The West Brom defender inevitably saw red and after that, the Lilywhites started to dominate.

It took until the 67th minute for Spurs to finally make their extra man count, with Gareth Bale firing home superbly from 20 yards. That goal would prove decisive as AVB’s men kept the pressure on Chelsea.

West Brom, on the other hand, are now ninth.