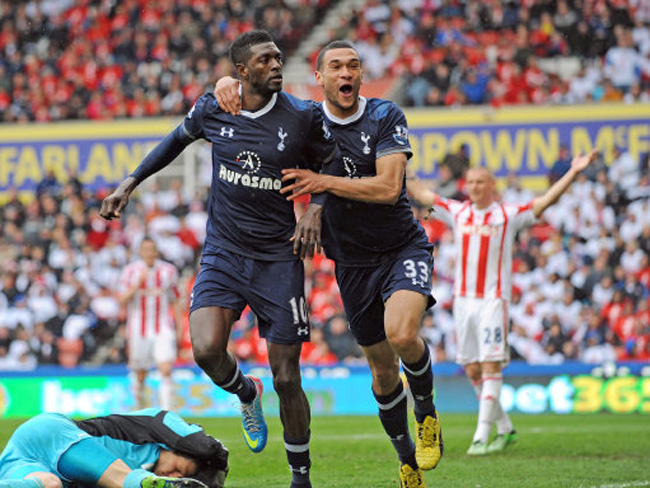 Spurs kept up the pressure on Arsenal in the race for the Champions League, courtesy of a late winner from ex-Gunner Emmanuel Adebayor at the Britannia.

Steven N’Zonzi had given the Potters an early lead but a Clint Dempsey equaliser (after some dreadful defending) followed by a Charlie Adam sending off early in the second half set up an exciting finale. And then, with just seven minutes on the clock, Dempsey set up Adebayor who poked home.

The Lilywhites go two points clear of the Gunners, albeit having played a game more. Exciting scenes!