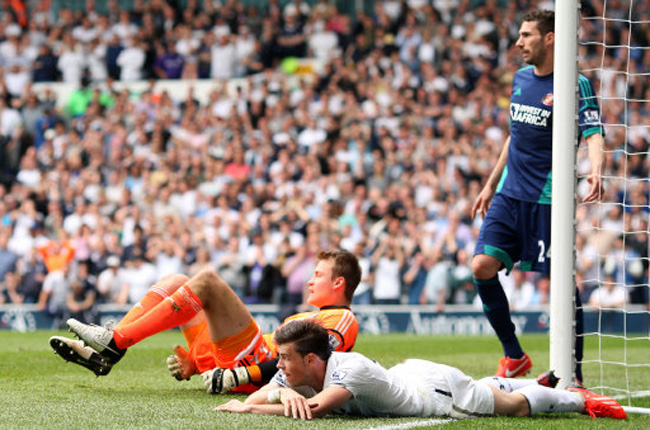 Gareth Bale produced yet another magnificent long-range strike to secure a late win for Spurs against Sunderland at White Hart Lane, but even that slice of genius wasn’t enough to secure a Champions League berth next season.

On a nervy afternoon in north London, the home side pushed and pushed for a vital goal, with David Vaughan’s sending-off making the job easier for AVB’s men. But with Arsenal winning at Newcastle, Tottenham’s win, courtesy of Bale’s superb shot, wasn’t enough and the Europa League beckons for another season.