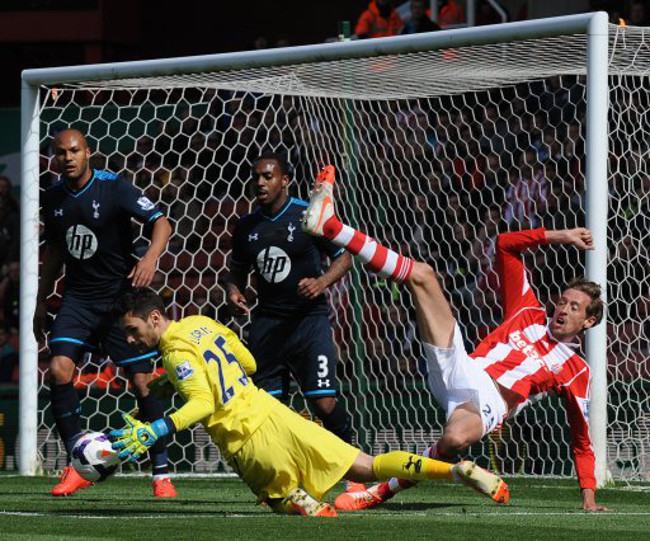 Tottenham battled hard for their first away win in six games at a raucous Britannia Stadium on Saturday. The Potters were their usual physical selves and ultimately would go down to 10 men when Ryan Shawcross was sent off for two bookable offences.

Danny Rose, who was the target of much abuse from the home fans after he was the victim of the foul which saw Shawcross dismissed, netted the only goal of the game after good work from Emmanuel Adebayor. Stoke did their best to get back into the game but in the end the Lilywhites stood firm.