Tottenham’s open training session ahead of Real Madrid’s visit to White Hart Lane looked like a non-stop cavalcade of belly laughs, Greco-Roman wrestling and Jermaine Jenas parading around in his shreddies  – especially if the resulting photos are anything to go by… 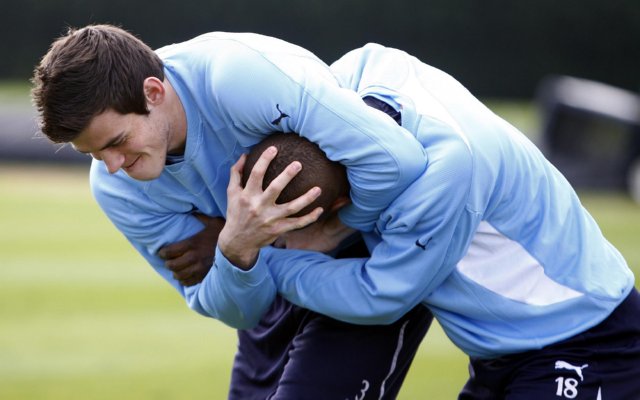 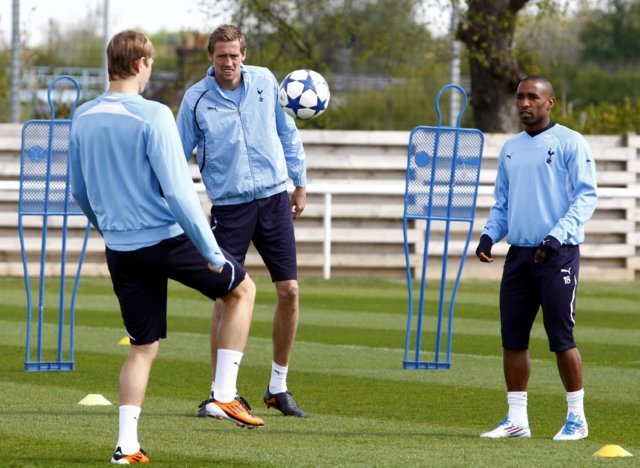 Peter Crouch, Roman Pavlyuchenko and Jermain Defoe get down to some serious keepy-uppies 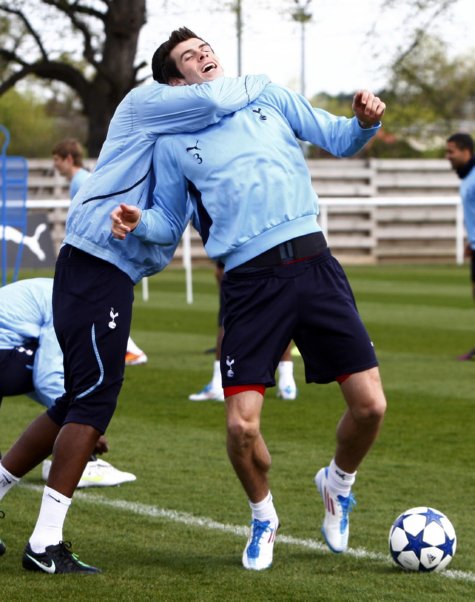 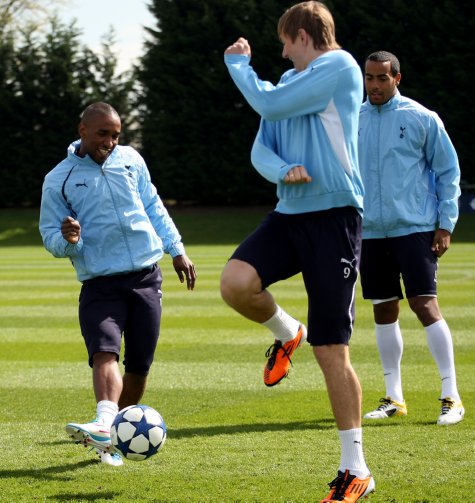 “Ooh no, stop it you rotters!” – Pav gets bullied 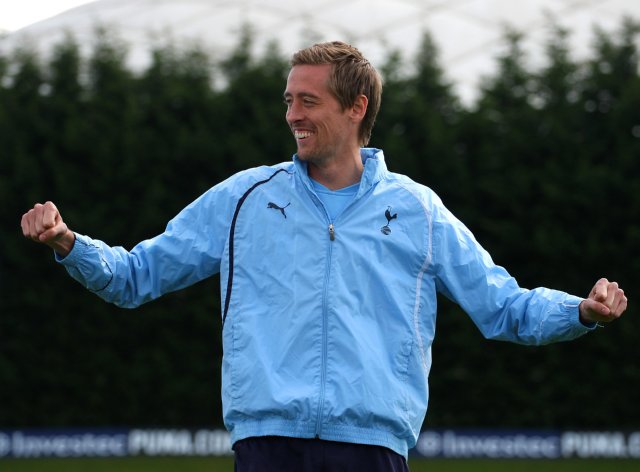 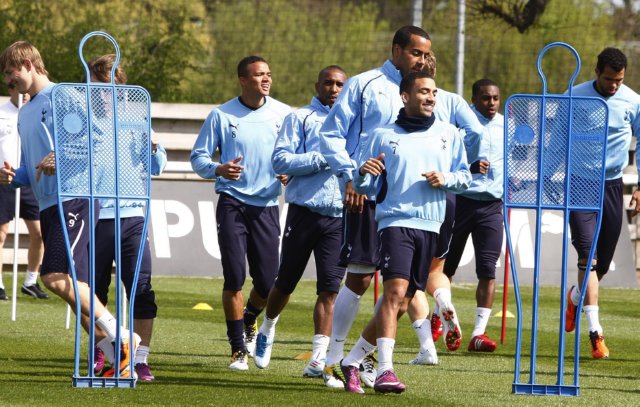 The Spurs squad go for a bit of a run 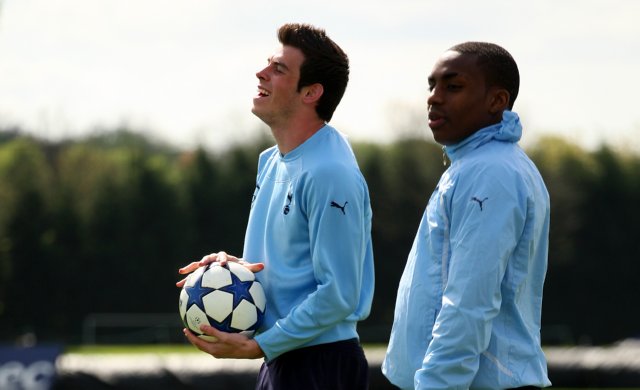 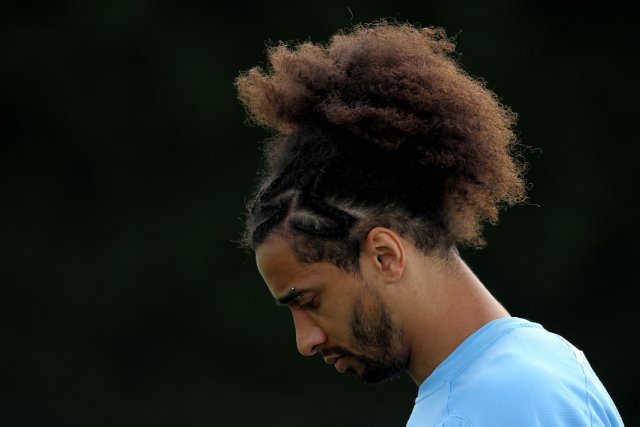 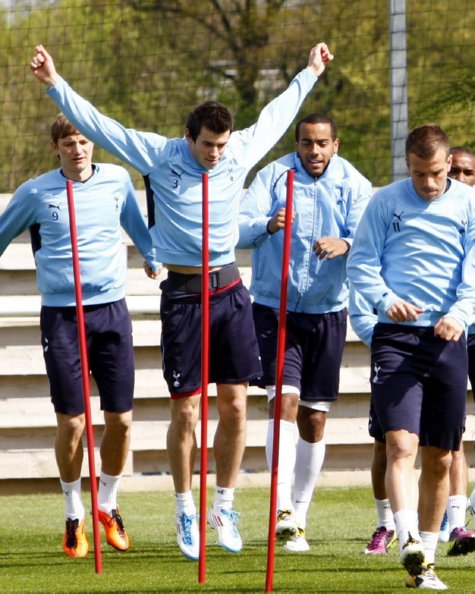 Gareth Bale balances his head on a pole 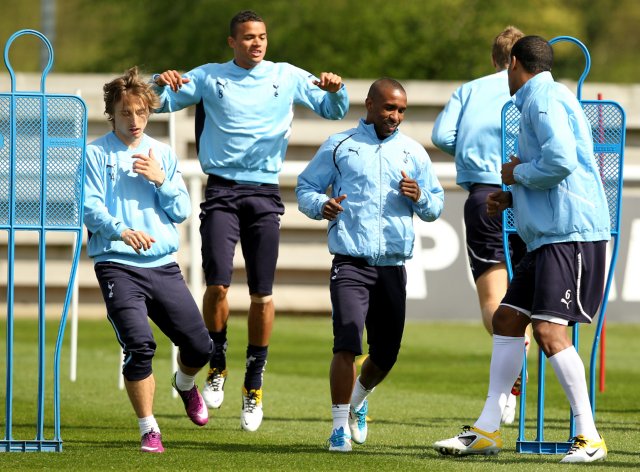 The world’s shittest boyband go through some of their choreography 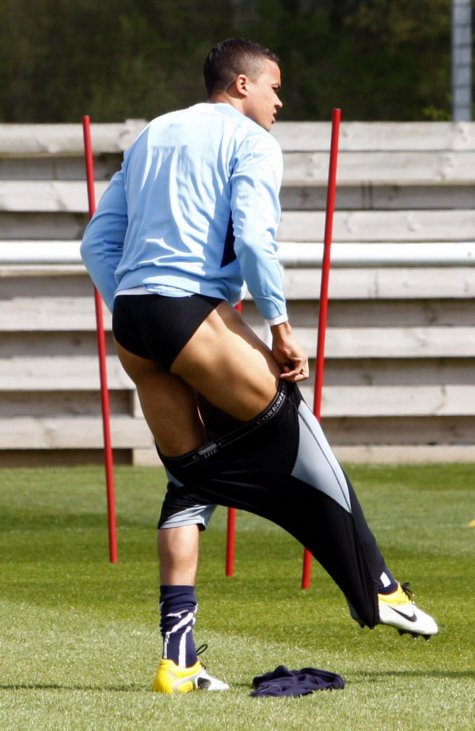 Jermaine Jenas struggles to get into (or ‘out of’?) his spandex jogging bottoms

So, anyone giving Spurs a cat-in-hell’s chance of reversing their four-goal deficit against Real Madrid at the Lane tonight?