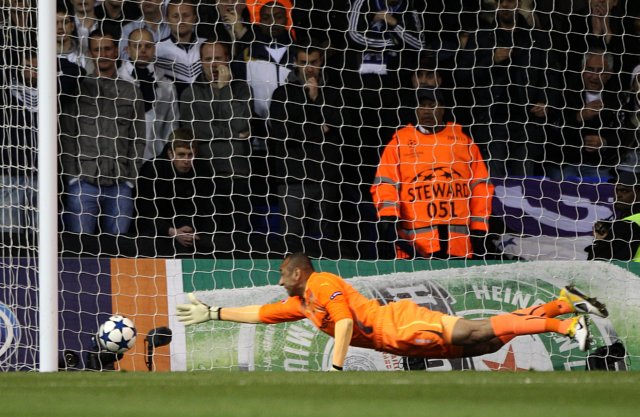 Alas, the ‘miracle’ four-goal turnaround that Harry Redknapp was fantasising about yesterday afternoon was not forthcoming and instead Tottenham were left to limp out of the Champions League, eventually losing 5-0 on aggregate to an technically superior Real Madrid side courtesy of a all-too-familiar Heurelho Gomes clanger at the Lane last night.

Spurs went hell for leather in the first-half and saw a flurry of penalty claims (with some considerably more dubious than others) denied before having all their impetus stymied in the 50th minute, when Gomes failed to get behind Cristiano Ronaldo’s speculative 30-yard drive – the ball bobbling helplessly over his shoulder and, despite the Brazilian’s best efforts to slap it to safety, into the back of the net.

Jose Mourinho is still on course to successfully defend the Champions League title which he won with Inter Milan last season, but his Real side will have to emerge unscathed from a two-legged slobber-knocker with Barcelona before he can get his clammy hands on the ‘Big Cup’ once again.

So, for Spurs, the attention now switches back to pipping Man City to fourth spot in the Premier League pile in order to seal their inclusion at European football’s top table for next season’s festivities – with a bitch of a domestic run-in (Arsenal, Chelsea, City and Liverpool still to play) to contend with.

We’ll have more on Tottenham’s enterprising efforts throughout their debut stab at the Champions League later today but, for now, please enjoy these photos from last night’s action… 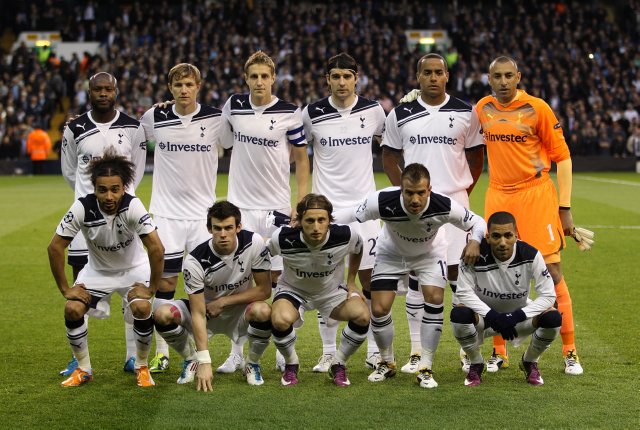 Spurs line up for their team photo before kick-off 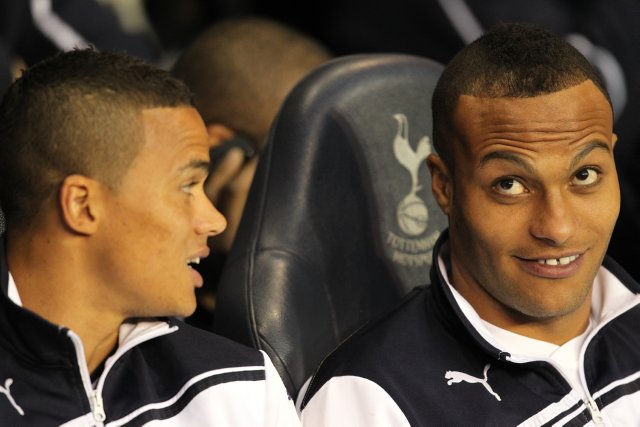 Jermaine Jenas and Younes Kaboul take their places on the bench 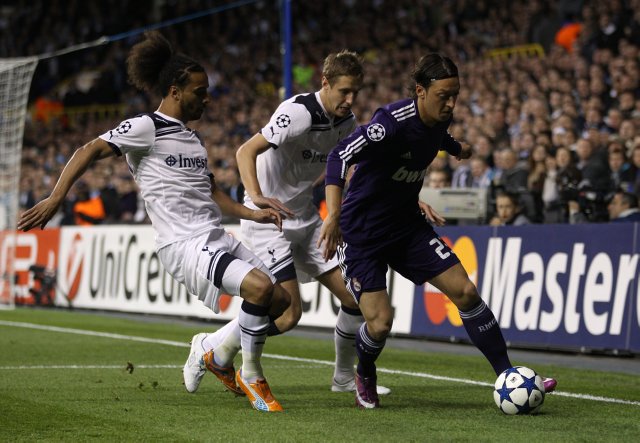 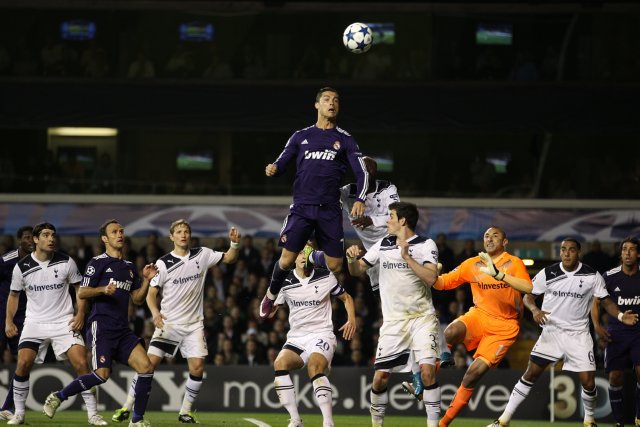 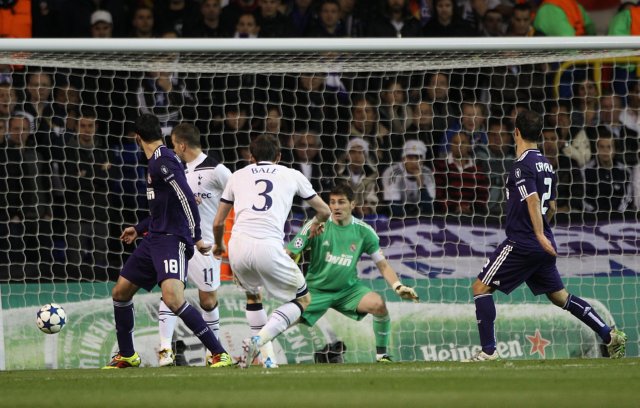 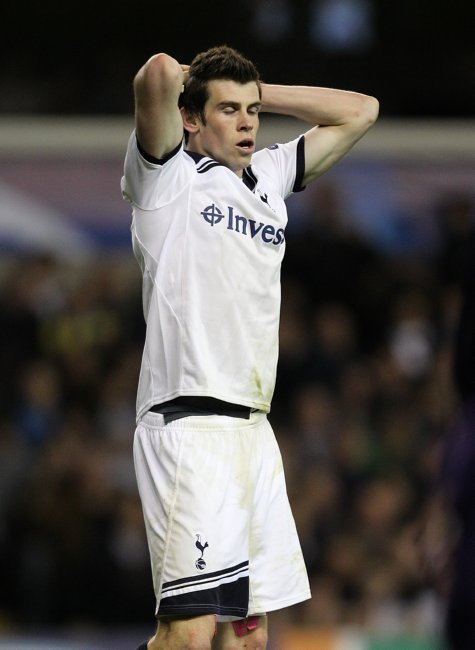 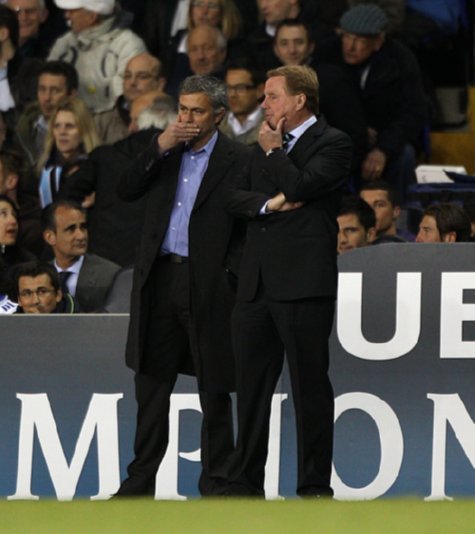 Jose Mourinho and Harry Redknapp consult one another on the touchline 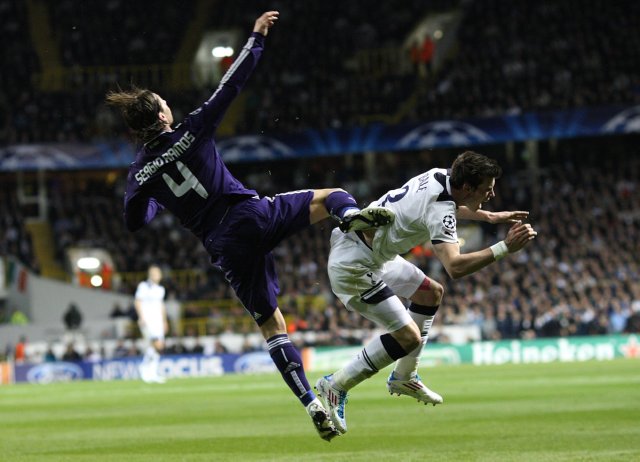 Sergio Ramos goes in high and hard on Gareth Bale… 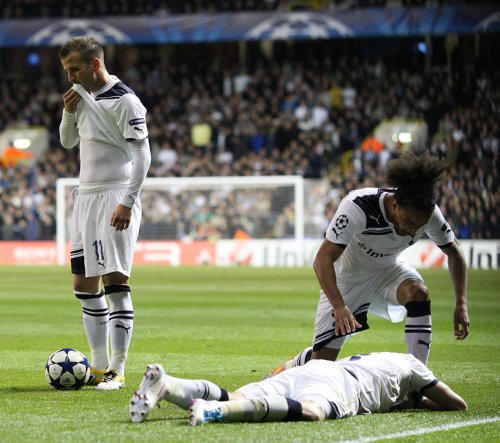 …a challenge which leaves the Welsh winger prostrate on the turf 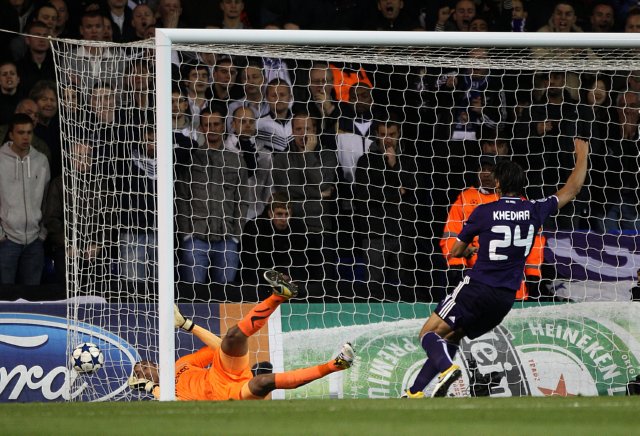 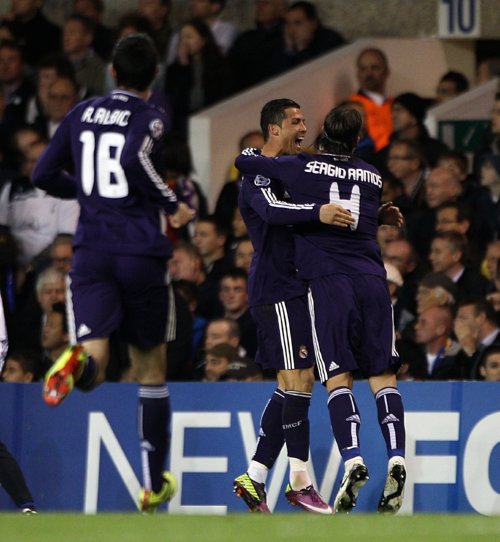 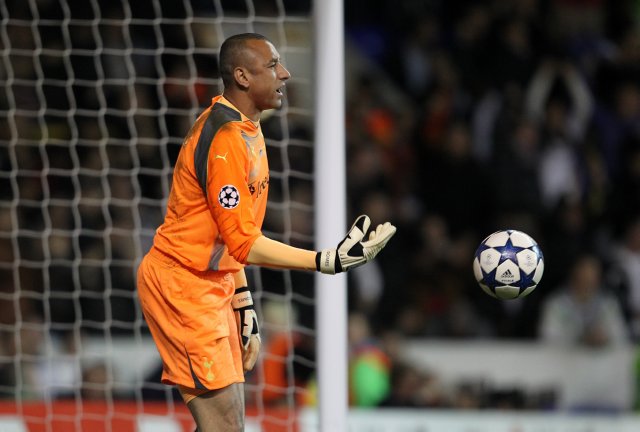 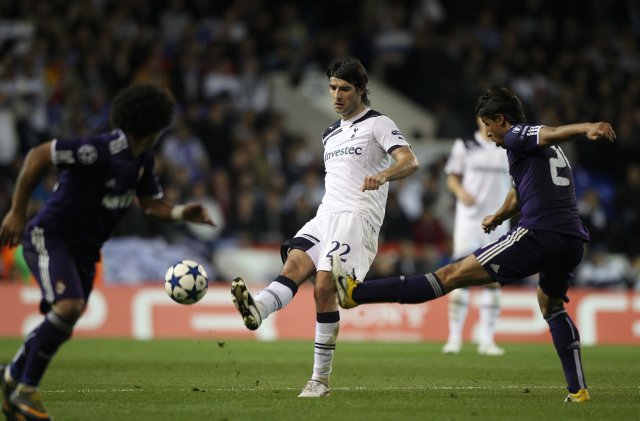 Vedran Corluka clips the ball away from Sami Khedira 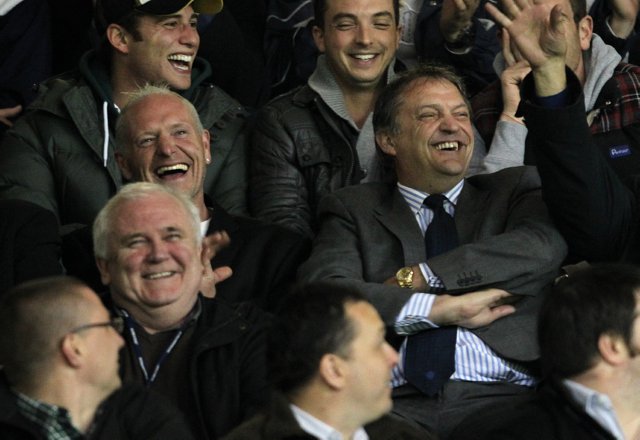 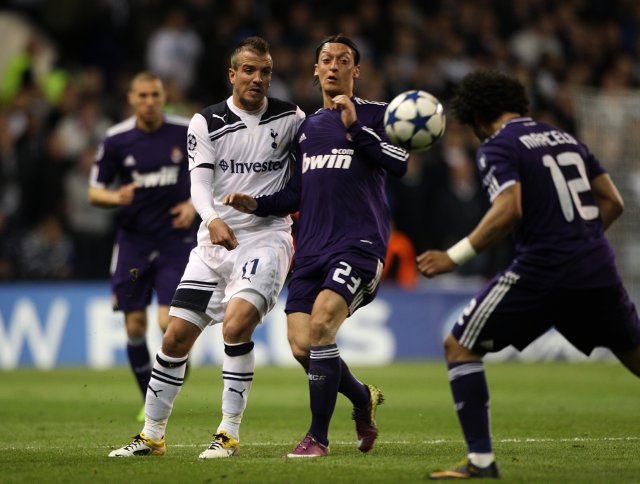 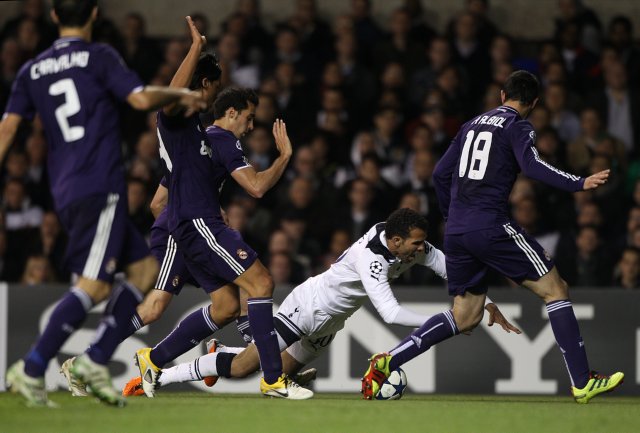 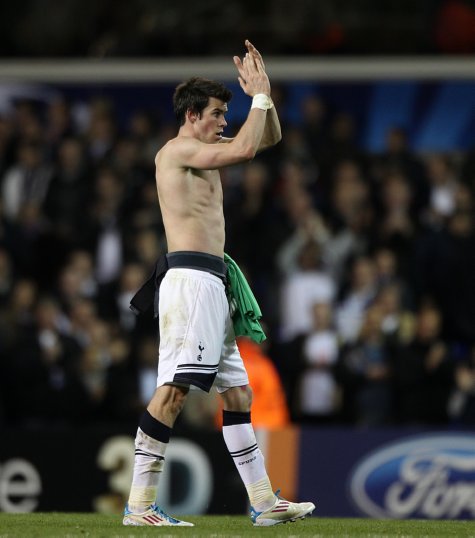 Gareth Bale applauds the Tottenham fans after the final whistle… 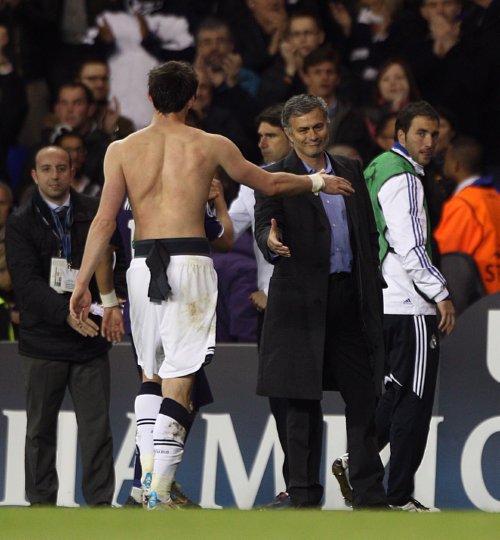 …before shaking hands with Jose Mourinho