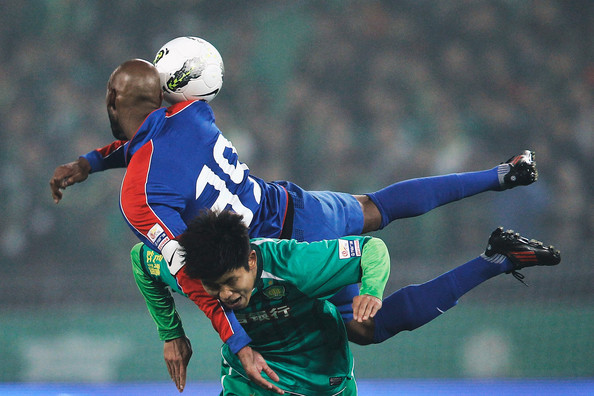 Despite only joining the club in a playing capacity from Chelsea five months ago, it would appear that Nicolas Anelka has today been appointed as the player-coach of his Chinese side, Shanghai Shenhua – with scurrilous rumours abound that Jean Tigana had been sacked after a torrid start to the season.

However, that doesn’t quite appear to be the case.

It would seem that the latter is true, especially if Shenhua’s official club statement is anything to go by:

“Due to the team’s recent record which has not met the expectations and demands of the club’s fans, media and other parties and the fact the foreign players are in urgent need of high-quality training the club has made the decision to replace some members of the coaching staff.

“The club will introduce four coaches from the United Kingdom and France to join the coaching staff to provide the necessary training support to ensure the competitive state of the players.

“In addition, the team captain Nicolas Anelka will coach and participate in the team’s daily training management.”

Shenhua are floundering in the Chinese Super League having won just one of their opening five games, with speculation mounting that Tigana was due to be sacked – though it seems that the club have merely reshuffled as opposed to paying off Tigana’s heft contract.

As far as we can tell, Anelka has just been added to Tigana’s backroom staff to provide a helping hand in training on his fellow countryman’s behalf.

Still, it’s probably not exactly what he thought he was signing up for back in January.