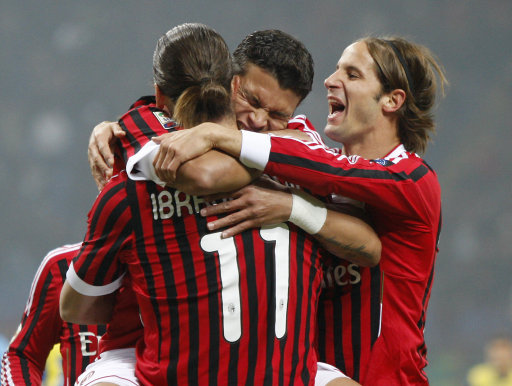 “We’re going to be even richer! Even beyonder our wildest dreams!”

AC Milan owner Silvio Berlusconi has confirmed that the club have agreed to sell Zlatan Ibrahimovic and Thiago Silva in a job-lot to Paris Saint-Germain for a combined €65 million (£51.4 million) – with the Rossoneri more or less forced into accepting the Parisian offer due to their dire current financial situation.

“Yes, I have sold Zlatan Ibrahimovic and Thiago Silva to PSG. We’ll save €150 million in two years (in wages),” Berlusconi is quoted as telling the Gazzetta dello Sport website.

The deal is reported to break down as follows: €42 million for the Brazilian centre-half and a mere €20 million for Ibra, thus pushing the Swede’s running total of transfer fees beyond the €200 million mark depending whose figures you use.

It’s a painful blow for Milan, who will be losing their two best players from last season – including Serie A’s reigning top scorer, no less – with limited funds to replace them. When names like ‘Dzeko’ and ‘Carroll’ start cropping up (though it must be said, that’s only in the English media), you know you’re probably wading headlong into a period of austerity.

As for PSG? Well, they’ll almost definitely win Ligue 1 next year with Zlatan making mincemeat of French defences. How long after that until they win their first Champions League? We’ll hazard an educated guess and say ‘not very’ if they keep making stellar signings like this.