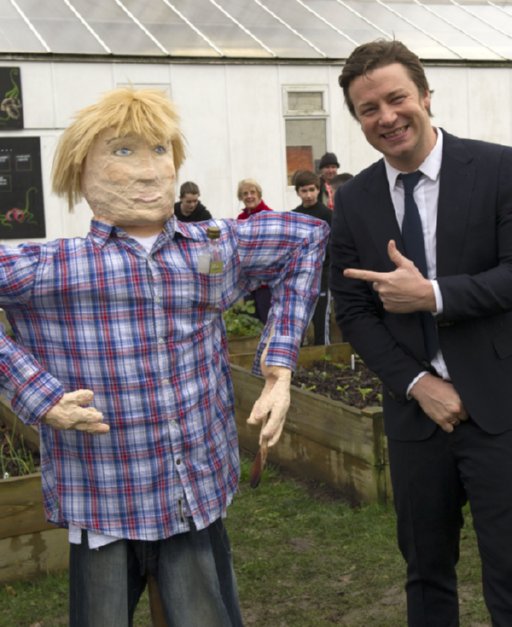 Jamie bumps into Joe Hart on his first visit to Carrington

Manchester City have gotten round to making their first big-name signing of the January transfer window by bringing in a skilled technician who can slice a hot knife through ethically sourced butter like it was Aston Villa’s back four.

The contract will see Oliver’s Fabulous Feasts venture provide matchday food in and around the Etihad Stadium for the next half-decade, covering all public concessions, hospitality suites and the outlets in the City Square fan zone from June of 2013.

With a reputation for ruining kids’ school dinners by taking away their chips (then crying about it when the wee nippers don’t take kindly to his healthy alfalfa and haddock cassoulets), it probably won’t be long before the Etihad’s tikka pies and lukewarm lager are replaced with minty lobster turnovers with a turnip and asphalt reduction and spinach-flavoured lemonade – all drenched in enough olive oil to sink the Ark Royal in.

Beware Jamie: Hell hath no fury like a football fan scorned/deprived of his pre-match hotdog.